Today I bring to you an interview with the young, passionate and accomplished Bano Fatima. Despite being just 22 years old, she has co-founded with her cousin, Nabila Kidwai, Weaver's Hut, a grassroots organization to help the weaver community in Barabanki, Uttar Pradesh. In September 2013, Bano was felicitated with the HP LIFE (Learning Initiative for Entrepreneurs) Entrepreneurship Award at the Global Citizen Festival in New York. She is currently pursuing her M.A. in Development Studies at IDS, University of Sussex. 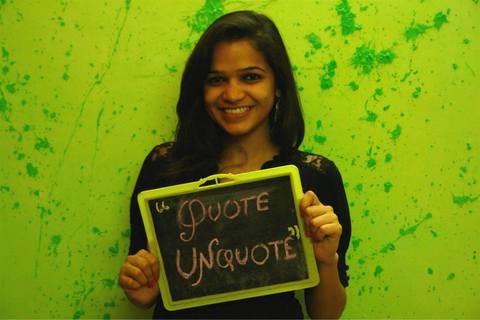 Neha Bhat: You are currently pursuing your Master’s degree in Development Studies. Tell us what got you interested in this area of development studies?

Bano Fatima: In 2009, I worked at a tutor and counselor at a school in Kalkaji (an urban slum in Delhi). This yearlong opportunity led me to think deeply about fundamental issues such child rights, education, migration, poverty and gender. Soon after, I started engaging in more and more activities in the development space working either as a volunteer or an intern. Subsequently in 2011, I completed a course in entrepreneurship (conducted by Dhritii Foundation and HP LIFE). By then I was quite sure that I wanted to work in the development sector, and so I co-founded Weaver’s Hut. 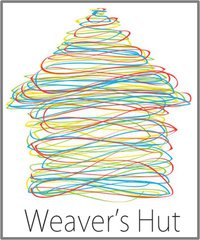 BF: The Young India Fellowship Programme (YIFP) is a nascent, though prestigious post-graduate programme for liberal arts and leadership development. It is set up in collaboration with University of Pennsylvania (USA), Science Po (Paris) and Carleton College (USA). There is a long application involving submission of essay essays, followed by two rounds of personal interviews and group exercises. We had 8 terms of diverse and multi-disciplinary subjects such as- Sociology, Urbanization, Statistics, Economics and Public Policy, Philosophy, Shakespeare, etc. These courses were taught by eminent professors from different parts of the country and the globe. Along with the academics, we had an 8 month long Experiential Learning Module (ELM), and as part of which, we were to work in teams with different organizations to gain practical exposure.

YIF for me was a rollercoaster year. Being a unique space (one of its kind in India) that encouraged me to pursue novel, innovative thinking methods— it was a constant process of learning and unlearning. The fellowship gave me a chance to do things that I would have never thought I could. For instance, as a part of our visual communication course my team and I shot a documentary on the drug de-addiction facility in Tihar Prison, which was absolutely fascinating. I was also lucky to gain some of the most amazing experiences working with Self Help Groups in villages of Andhra Pradesh for the Ministry of Rural Development. Besides the academic and work opportunities, the highlight of the year for me was the privilege to get to know and engage with my inspiring co-fellows. 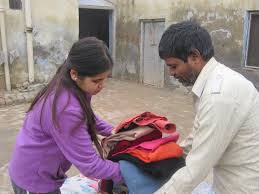 NB: You started Weaver’s Hut—a grass root level organization which works with artisans in Uttar Pradesh, India in 2011. Tell us what was the motivation behind it?

BF: As I mentioned, in 2011 I completed a course in Entrepreneurship conducted by Dhritii Foundation (Delhi) and HP LIFE. It was after the training that that I decided to start working with the weavers’ community in Uttar Pradesh. I roped in Nabila as the co-founder and Weaver’s Hut slowly evolved into what it is today. Baragaon (a village in Uttar Pradesh) was the best place to start. It is Nabila and my hometown, and over the years our interaction with the villagers got us interested in working with the weaver community.  We spent a lot of time researching about the industry and the weaver community, and our knowledge of Baragaon, was an added benefit for us.

A major reason why we decided to focus on the weavers was because the handloom sector is the second largest employment sector for rural India and the weavers in Baragaon and nearby areas are in an absolutely dismal condition. Poverty and economic dis-empowerment, inadequate incomes have had a significant trickledown impact, especially on education, personal life skills, and have increased the rural to urban migration, in search of work. The direct consequences of globalisation and monopoly of machine-made goods further pose a severe threat to the handloom sector. This is compounded by caste hierarchy which has affected community empowerment. There are also broader, systemic and structural issues, such as poor infrastructural development, unaccountable bureaucracy, inefficient policy implementation and lack of political consciousness.

NB: You were still pursuing your undergraduate studies at the time when you started Weaver’s Hut, right? So how did you go about managing your studies as well as your work?

BF: Yes, I was in my second year of college. It was a huge challenge managing Weaver’s Hut along with college (which was in Delhi). Nabila and would often take out time to visit Barabanki sometimes alternately. During the holidays we would spend a longer stretch of time in the villages. We also forged links with some coordinators in the villages to oversee the day to day work and handle any problems if needed. 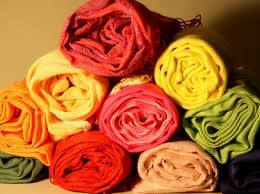 NB: What activities has Weaver’s Hut undertaken since it started? Do you have any plans of expanding its work to other artisan groups? And how do you manage the work of Weaver’s Hut currently, now that you pursuing your Master’s degree?

BF: Our primary objective is to provide a sustainable economic platform for the weavers. Thus, we have conducted several workshops selling the weavers’ products in cities like Delhi and Lucknow. We have also worked on bulk orders for products. The weaver families that work with us, prior to becoming part of the Weaver’s Hut, on an average they were earning INR 25 (USD 0.40) per day which was below the official poverty line (which is INR 27.5 per day). On the orders given by Weaver’s Hut, these families received Rs.125 (USD 2) per day. We also give the weavers’ families a part of the profits we earn.  Additionally, we conduct learning and awareness sessions with women of the weaver families. 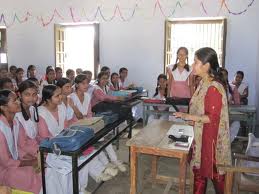 As a part of Project Umeed (a vertical arm of Weaver’s Hut, aimed at encouraging higher education amongst girls) we have conducted career counseling workshops in the Rafi Ahemad Kidwai School in Masauli, Barabanki. Our goal is to eventually upscale Weaver’s Hut to more families in Baragaon and Masauli (where we are currently working) and subsequently to other villages. Presently, we have slowed down the work at Weaver’s Hut a little bit. Both Nabila and I are involved in research on the weaver community. Also, Nabila is working part time and exploring gender relations in the weaving community, and I am completing my program at IDS. NB: What suggestions would you like to give to people who may like to start their own grassroots level development work, or organization?

BF: A golden rule for any grass root level work is that you should go in as an explorer. Never think that you are on a pedestal or you are doing the people you are working with a favor, because they have much more to give you than you ever can do for them. I hope more and more young people are encouraged to do development work. Starting a social enterprise is indeed challenging and takes courage, it is an unconventional career path but if you are passionate about steering change then take the leap and let passion drive you. It is inevitable that you will face road blocks and sometimes even failure but there is also a guarantee that some ideas will work and may even perpetuate change. Despite the hiccups it is an extremely satisfying job!