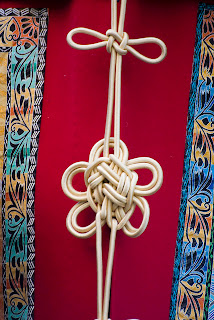 The Olympus episode illustrates competing moral virtues in Japan. In this case, it was the virtue of loyalty winning out over the virtue of honesty. I am increasingly coming to believe that one of the core problems in Japan is that while the elite may thoroughly understand the country's problems, it isn't necessarily in their short-term interest to push for change.

Real change will come from a change in thinking, which means education. People had put their hopes in seeing societal change come about from the election of the DPJ in 2009 or from the response to the earthquake in 2011. People also put hopes in corporate change coming from the response to business scandals like Livedoor and then Olympus. But it didn't happen. Now analysts are wondering whether a debt crisis (that some expect to hit Japan by 2018) might do the trick. I doubt it. Change will come about over a long-term shift in the country's values.

When I recently visited Japan many people were talking about kizuna (social bonds), which was voted "the kanji of the year" for 2011. Sure Japan demonstrated the virtues of its strong community ties (or bonds) in its response to the earthquake and tsunami. But in a way, the bonds that tie Japan together are also part of the problem. They are binding Japan to the status quo or inertia. People are aware of this issue and are skeptical of powerful people taking advantage of those bonds and the people's trust. For example, companies are using kizuna in their TV commercials and there is a new political party called Kizuna. As one person told me, kizuna is fine as long as the social relations are on equal footing. Without equity, it's exploitation.

Now foreign investors are more likely to question the accounting books at Japanese companies. They are also more suspicious about Japanese corporate strategies for mergers and acquisitions. When the question of Tokyo becoming Asia's financial center comes up, people usually look around the room nervously like someone just told a bad joke.

Emanuel, thanks for the thoughtful post. I agree these things are not unique to Japan. Sure every country is different but there are many universal themes. After all we are all human. When you say "We had a powerful ideological structure," do you mean the United States?

The problem of "kizuna" is not unique to Japan, although it takes on a unique form there. We had a powerful ideological structure put in place after the Second World War that informed all aspects of our perceptions. Today, that ideology is slowly decaying, leaving blind spots, serious social and economic issues that are invisible to policy makers. That phrase "without equity, it's exploitation" can be used to describe many institutions. They only work if there is a healthy discourse, a healthy give and take. In the case of Japan, the radical labor unions of the 1950s disappeared into larger government and corporate institutions. They kept up their arguments for equity, but from within the system. That was part of Japan's secret. And many of us just assumed it was a steady state, the way Japan had always been. But that equity, that sense of the fair is not a given.