“In prosperous sections, especially in the ‘young married set,’ there were many women who had nothing to do. Though they had few servants, yet with gas stoves, electric ranges and dish-washers and vacuum cleaners, and tiled kitchen walls, their houses were so convenient that they had little housework, and much of their food came from bakeries and delicatessens. They had but two, one, or no children; and despite the myth that the Great War had made work respectable, their husbands objected to [...] their causing a rumor, by earning money, that they were not adequately supported. They worked perhaps two hours a day, and the rest of the time they ate chocolates, went to the motion-pictures, went window-shopping, went in gossiping twos and threes to card-parties, read magazines, thought timorously of the lovers who never appeared, and accumulated a splendid restlessness.”

I reread Lewis’ 1922 description of the Machine Age on hearing that we have entered The Second Machine Age: a time when the exponential growth of information technology has refined artificial intelligence enough to replace human beings in more and more fields (as described in a new book by Erik Brynjolfsson and Andrew McAfee). Even more than during the first such age a century ago, we are told, trends will continue to increase both inequality and feelings of uselessness, among both people so prosperous that they may “have nothing to do” and people whose professions will gradually cease to exist.

While machines have been replacing human labor for many decades now, until recently nothing could replace human contact, for instance in providing nursing care for elderly people, or in raising small children. However, advances in robotics, and the fact that today’s young people are growing up “conversing” with virtual assistants like Siri is bringing us ever closer to a world like that of “Robot & Frank,” where older people may be comfortable receiving therapeutic care from robots, and affluent parents may trade in their nanny-cams for robots who can change diapers. When an acquaintance made this argument recently, I found it hard to believe. Don’t most of us crave more human contact in our lives, not less?

He disagreed, at least when the contact is between people of very different social classes, and reminded me: “Some people are just not comfortable talking to people with less education than they have.” He also pointed out how, in warfare, the advent of drones means less and less physical human contact even between enemy soldiers—while at the same time, soldiers assigned to make a drone strike are required to watch their targets on camera for many hours before, during and after a strike, leading to as much—or even more—traumatic stress disorder for some soldiers who witness so much of the agony and collateral damage they have been ordered to inflict, while remaining isolated behind a very distant screen far from physical harm.

Monitoring others behind a very distant screen is of course also an increasing part of civilian life. We may have grown inured to having city streets blanketed by cameras to prevent crime, but I was astounded a few years ago when our rural community in peaceful France put up a series of cameras and barriers monitored by private companies who will lower the barriers to block public roads any time they dislike the look of a vehicle: for example a trailer, or maybe just any run-down looking car. Despite protests to the mayor, the barriers and cameras remain. When security guards, who had no part in deciding whether to put up these cameras, are struggling to stay awake at 3 am to watch a mostly deserted road, how can they decide which vehicles to block except by using stereotypes?? There are no rules saying that only certain kinds of vehicles are now allowed on these roads; only an assumption that run-down vehicles and trailers don’t “belong” and are probably being driven by people who might somehow cause trouble.

Already, the ways all of us interact with one another have been changing quickly, as more and more people in public places keep their eyes glued to their own telephone screen rather than looking at one another, and as cable news and the internet can make it possible for each person to hear a version of current events filtered by those they already agree with instead of hearing rigorously fact-checked news that may challenge our individual bias. How else will things change if the upper middle-classes decide they would prefer to have robots caring for their family members instead of ever hiring working-class home health aides or nannies?

We have to wonder how Sinclair Lewis might observe the world today: “In prosperous gated communities, there were many people who went their whole lives without ever meeting someone less fortunate. While much of their food, clothing and electronics was produced in exploitative conditions, they could listen to the news every day without hearing anything about this. With unending entertainment options never more than a click away, none of them ever felt they had nothing to do: social media could always tell them what their friends were already enjoying so that they too could stream the same movies, shop online for the same products, reinforce the same hashtag trends, and accumulate a splendid heedlessness….” 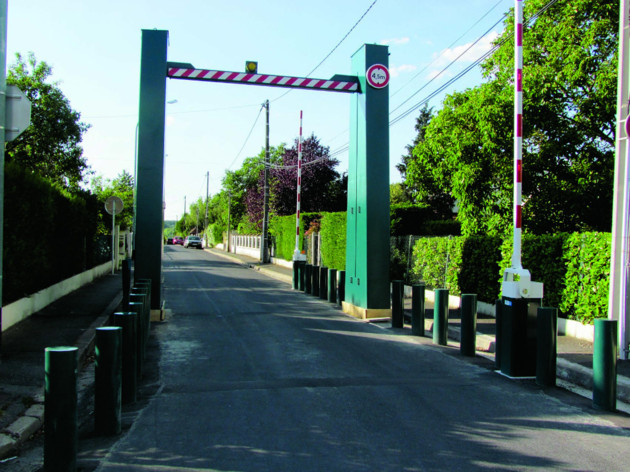