Turn on your computers, rush to Google and type “oxymoron examples”. The words that will certainly make an entry in the top list are “Business Ethics”. Businesses around the world are supposed to be pillars of commerce and trade, things which keep the wheel of economy running for the very welfare of the state. But quite often, these very businesses turn out to be the very antithesis of what is expected out of them. “Ethical behavior.”

Time and again, we have found newspaper pages inundated with long reports of a company indulging in unethical practice for maximizing its vested interests. Driven by what Milton Friedman had said, “the purpose businesses must be to maximize the profits for shareholders”, many companies indulge in all kinds of manipulative practices just to gain an inch ahead of its rivals. Crony capitalism manifests itself in the form of deals between the government and private interest groups (like companies, anti-business interest groups and social groups) that lead to decision on who wins and who loses in a supposed competitive market. This kind of capitalism is founded on the political influence and promotes lobby over merit.

Crony capitalism stems from the very nature that humans displayed even before capitalism happened to be a concept in this world. Sovereigns have consistently rewarded themselves and their close ones for eons, and misallocation of resources for families and friends has been a policy of many monarchies in the past. The very same attitude has trickled down over centuries where close aides have become beneficiaries of the alleged benevolence of the government. Businesses in the modern era happen to fund political campaign and thus, hold the veins of the political parties in their hands. A little lack of support from the government can result in drying of funds and subsequent ill-health of the political party. To safeguard its existence, political parties succumb to the lobbying that companies do to gain deals in their favor.

Manifestations in the past

Crony capitalism has dominated the world of corruption in the past few decades. Take for instance, the Asian crisis of 1990s. Some countries in Asia had been witnessing the problems that thee State Operated Establishments (SOEs) had run into due to the major losses and subsequent fiscal drains. The governments had tried to rein in the private sector through licenses and policies. However, the large firms, which apparently promised economic growth, were favored in various ways by the governments. Over time, as these companies grew larger and powerful, they began holding a sway over the government officials. Bank credit was disproportionately issued to such big firms.

Even the journey of Uber and Lyft got mired by crony capitalism, as major players in taxi industry tried to lobby with the government to ban Uber from cities. Occupational licenses and policy measures were used to fuel this, only to fail at the end.

Why is this the biggest ethical challenge?

John Elkington had floated the theory of Triple Bottom Line. Each business in this world must look into the three aspects of business while making decisions. 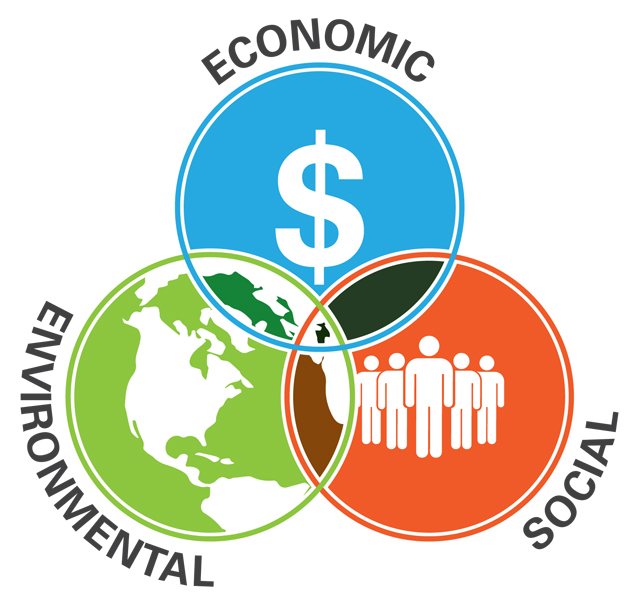 The phenomenon of crony capitalism undermines one or more of these aspects. Let’s visit each factor one by one.

Crony capitalism leads to a sabotage of government income and curbs governments abilities to invest productively. The parties and politicians steal money from the government. The money that must trickle down to benefit the citizens is usually gobbled up by the hungry tummies of these corrupt minds who use the money for their own vested interests. This money makes its way to the tax havens and the nation gets deprived of wealth. Bribes to the corrupt politicians are common and these come at a cost of investments that could have been made for innovation and research.

Environmental concerns also stem out of crony capitalism. Coca Cola, for example, had its bottling plant in Kerala, India. The plant had led to depletion of groundwater by 25-40 feet in the town of Pachimada, which led to failure of 80-90% of the potential crop harvest. 510,000 liters of water were extracted daily, which led to this issue and the government did hardly anything regarding this, until the highest court gave a verdict in favor of the protesting NGOs and research institutes. This issue could have been avoided in case crony capitalism had not made its way in favor the company.

Injustice is the direct offspring of crony capitalism. It leads to unjust control over markets and public’s money. This leads to discontent over long term in people’s hearts and it ultimately translates into a revolt. Moreover, companies giving jobs base on political influences than on merit leads to injustice against the deserving job candidates. Lack of job opportunities leads to discontent again. This discourages truly meritorious people, who then fly abroad for work, leading to brain drain.

Take for instance, Iraq and Kurdistan region. The governments of these two territories faced conflicts with ethnic groups, which led to public unrest. Poverty and lack of social services are direct consequences of such a turmoil. In a way, crony capitalism can lead to a butterfly effect and can lead to an entire nation or society spiral down into a complete disorder.

The problem lies in businesses still rooting their approach in consequentialist theories of ethics. Utilitarianism often drives companies to adopt a path that minimizes their losses and maximizes profits. Egoism further advocates that all actions are ethical provided all parties pursue their short-term interests. What businesses need to adopt are non-consequentialist theories of ethics.

Ethics of duties and Virtue Ethics

Some abstract and unchangeable obligations, that are defined by a set of rationally deduced a priori moral rules, must be adhered to by the organizations. Virtue ethics professes that morally correct actions, those which would have been taken by virtuous characters, must be taken by businesses in times of moral conflict.

Crony capitalism is a threat to the very fabric of the society. It gives a fatal blow to the triple bottom line, which is an integral part of the welfare of the society. The decisions that businesses take are important as businesses hold the power to control the economy and hence, have the obligation to maintain ethical conduct because of the influence they have over the society. Crony capitalism, therefore, is the biggest ethical challenge faced by the world today.

Suleimani Is Dead, but Diplomacy Shouldn't Be