President Xi at the Lincoln Memorial: A Game Changer for China-U.S Relations? 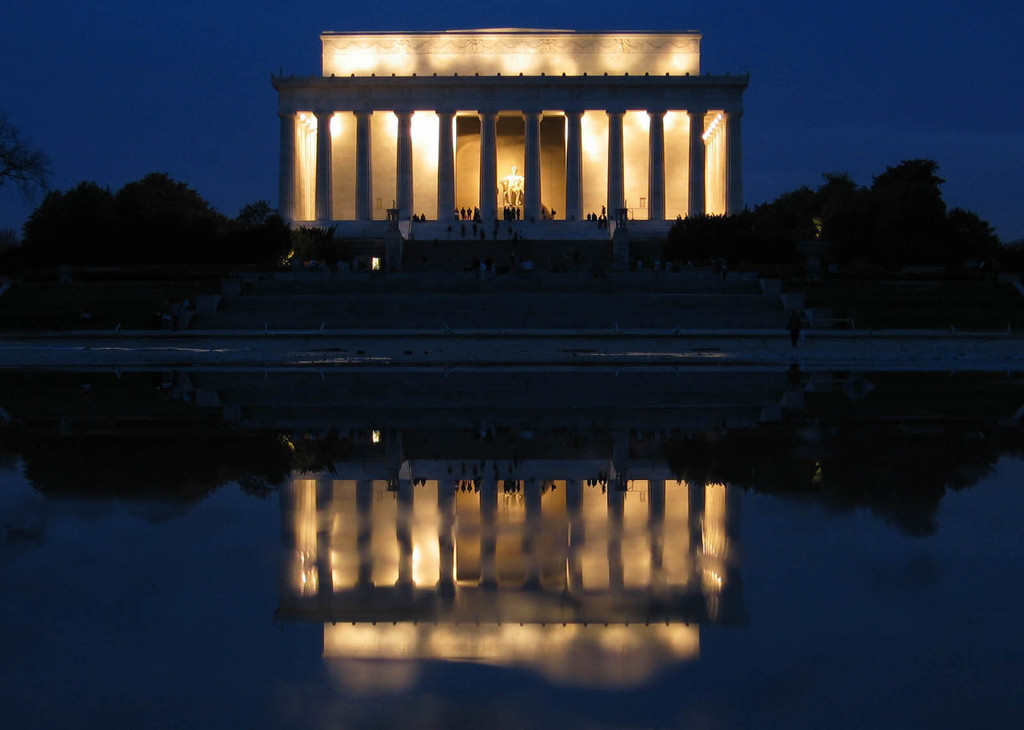 More than 2000 years ago, in his classic text History of the Peloponnesian War, the Athenian historian Thucydides insightfully declared that interest, honor, and fear propel nations into destructive wars. As the interest-based approach in China-U.S. relations is threatened by rising trade protectionism, cyber conflict and increased mistrust, Beijing and Washington must upgrade their bilateral dialogue and directly address issues of prestige and fear. Symbolic public gestures from both sides are needed to tame societal misperceptions and creatively reshape Sino-U.S. public opinion.

For the past years, the China-U.S. relationship has been primarily interest-based. U.S. strategic intellectuals have asked both countries to follow a graduated dialogue on small aspects of their bilateral relationship, hoping that a pattern of discussion can eventually build trust and a stable partnership for managing global issues including global warming, financial stability, pandemics, and issues of war and peace.

While this approach must continue, it is time for China and the United States to engage in an ideational dialogue instead of designing short-term roadmaps to limited ends; to move from the small to the grand; to talk

directly about the heart of their dreams and highlight the principles that have shaped their civilizational republics.

The timing of President Xi’s September visit to Washington D.C. is ideal for a transformational spectacle of public diplomacy to reverse the alarming trend of securitization and distrust in China-U.S. relations. In pursuing this challenging goal, President Xi must attract “ideational” attention; that means, he must highlight the commitment of China to values shared with Americans and thus, touch both the hearts and the minds of the American society.

There is no better monument in DC than the Lincoln monument to highlight such powerful commitment. It is in this regard that a joint Xi – Obama visit at the monument, followed by the speeches of the two leaders in front of the marvelous Greco-Roman building can take China-U.S. relations into an all-new normalcy; a normalcy of principled and fair competition for excellence, where the glory of the nation will not be conquest or coercive hegemony, but moral leadership and exemplary attraction. Where China and the United States will not fight for outright primacy but compete for consummate refinement.

The Lincoln memorial bears two heavy symbolisms for the United States. First, it symbolizes the unity of a nation. When the Confederate and the Union armies fought existentially to dichotomize America, when the country stood on the verge of disaster and her very future was at prime risk, Lincoln’s strategic leadership and “Periclean statesmanship” mobilized the nation into unity. After all, his Gettysburg address—which is

carved on the walls of the memorial and has been compared to Pericles’ funeral oration by the iconic author Gore Vidal—is a classical testament to the importance of unity for the success of any nation.

Unity has also been a long declared core value for the political elites of China. When China was divided with warlords, corrupt officials, and foreign invaders threatening the continuity of a 5000-year old civilization, the Chinese gathered together at the last moment and unified their vast country. The Communist Party of China (CPC) like all other institutions with issues and mistakes (the most significant of all being the Cultural Revolution), has contributed substantially to China’s unity and has repeatedly declared its commitment to national cohesion.

Second, the Lincoln memorial is a symbol for the civil rights movement. It was right in front of the memorial where Martin Luther King inspired millions of Americans. With his charismatic speech MLK vibrated the chords of emotion. His dream to see blacks and whites leaving in peace under equal legal and customary status became the dream of the nation if not the world. It was also right in front of the Lincoln memorial where Barack Obama himself delivered his own inspiring covenant to renew the struggle on supporting civil liberties in his inauguration speech in 2009 and in his commemoration of MLK speech’s

Civil rights have also been at the heart of the Chinese modernization with Chinese intellectuals looking to update and upgrade a long tradition of “Ren” (benevolence) and “Minbin” (people as the-basis) principles that transcend the millennia of Chinese existence. The CPC has indisputably revolutionized and liberated the Chinese society from outdated civil concepts. Within less than 100 years, China has transitioned from a traditional society of peasants, where women were forced to tie their feet and engage in polygamous marria

ge, to an inclusive society with greater equality of the sexes. While there is certainly more to be done, the commitment of the Chinese leadership to civil rights and equality has been strong and it is expected to slowly but decisively grow.

Last but not least, the Lincoln memorial carries an ideational symbolism. Built as a Greek Doric temple glorifying and apotheosizing Lincoln, it shows the historical depth of the United States that goes back to classical antiquity. As such, it draws heavily from history to inspire modern awe and to cement respect to the leadership of a man who saved America from catastrophe. Historical depth and tradition are also central ideas for China, and President Xi himself has quoted the Chinese classics in an effort to re-inspire the creativity of the Chinese people and shape the “Chinese dream.”

To be sure, Lincoln’s call for a “new nation conceived in liberty” and his epilogue sentence in the Gettysburg address that “government of the people, by the people, for the people, shall not perish from the ear

th,” could alienate some myopic Communist intellectuals who are afraid of the disruptive force of republicanism for societal harmony. Yet Lincoln’s call is not very far from the ideals and principles of China. As a people’s republic, it ascribes to similar principles of equality and is still in a process of opening up and promoting republican reform with Chinese characteristics.

Last week Kaiser Quo, founder of Sinica Podcast, mentioned in a Thinkinchina event in Beijing that China does not need sympathy, but informed empathy. The misperceptions between the West and East will only decline when people achieve a  sense of history that helps them see the world through the eyes of others and also realize the complex historical processes that form ideologies and define the polities of nations. President Xi’s visit to the Lincoln memorial and his perhaps inspirational oration could enhance this sense of informed empathy, and become a catalyst for a transformational effect on the public opinion in the United States and China.

As I write these lines I know that my advice will probably not be heard. Both presidents will not risk a speech on values, for they run a risk to alienate their elite conservative constituencies. Both will hide behind the status quo, revere their own “venerable” exceptionalism and continue to balance geo-economically and geopolitically in Asia.

But at least we can all imagine the alternative narrative of a joint Xi-Obama oration in front of the Lincoln memorial that will stand as an ideational bridge between East and West. It could build lasting prosperity for the generations to come.

For this to happen, decisive leadership is the first order condition. Both President Xi and President Obama must use the full capacity of their influence to promote China-U.S. transformational initiatives and radically change the old Thucydidian paradigm of war between a rising and a ruling power.

Buckminster Fuller, an inspirational American polymath once declared: “You never change things by fighting the existing reality. To change something, build a new model that makes the existing model obsolete.” Mr Xi’s oration at the Lincoln memorial could be the first step to turn the old model of interaction among great powers obsolete and thus, set up a brand new paradigm of peace and prosperity.

* Eyek Freymann, an intern at the Carnegie-Tsinghua Center for Global Policy in Beijing contributed research.

Buckminster fuller's Quote has always been very motivational.Indeed turning the old model of interaction among great powers obsolete is long over due, there is urgent need to set up a brand new paradigm of peace and prosperity.The question is: who will bell the cat?It takes a courageous, rugged and dogged mind that will speak the truth for a just peace

The aggressive PROC continued to put up its military base on the disputed Scarborough shoal and refused to adhere the existing UNCLOS/ITLOS which countered by U.S. who would establish its strategic military base in the Philippines and who believed that China must respect the international law. There's a tension happening between the two super powers. I just hope their meeting would end up in a peaceful agreement and maintaining peace in the world. I agree in your article.