Peter Singer`s fate of the Earth - solution for the Earth? On the eve of the United Nations Climate Change Conference in Paris. 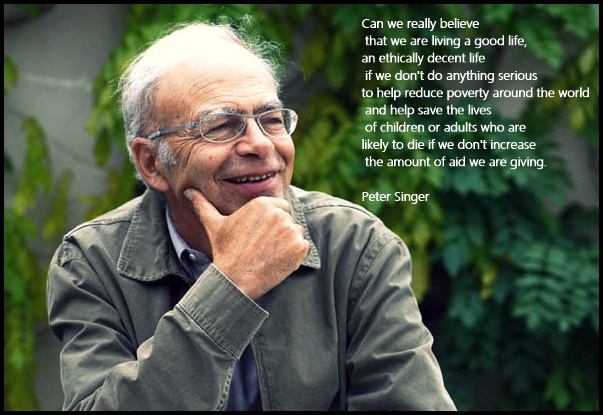 Peter Singer is one of the most important thinkers of today. In his article "Paris and the Fate of the Earth" about the United Nations Climate Change Conference in Paris, he asked a series of very important questions. Participants of the Conference should certainly pay attention to what he says.

Singer was asked the following questions:

1. An unknown number of endangered species of plants and animals;
2. Stabilization of greenhouse-gas emissions “at a low enough level to prevent dangerous anthropogenic interference with the climate system.” (UNFCCC)

In this case, Singer notes that and without it, climate feedback loops could boost rising temperatures further still.  He said: "With less Arctic ice to reflect sunlight, the oceans will absorb more warmth. Thawing Siberian permafrost will release vast quantities of methane. As a result, vast areas of our planet, currently home to billions of people, could become uninhabitable". (Peter Singer, Paris and the Fate of the Earth, "project Syndiicate)

Singer offers a solution by giving the industrially most developed countries reduce emissions that produce the greenhouse effect.

He still wonders about the survival of small island countries, on the prevention of so-called dirty industries such as coal production and Food Industry of meat. He also stated that this would not only reduced the reductions in greenhouse gases, but also to significantly reduce the risk of cancer that is associated with the consumption of red meat.

Whether it is possible to adopt at least some of these ideas?

Reply will be prepared after the conference.

Peter Singer, Paris and the Fate of the Earth, Project Syndicate 11 Nov 2015