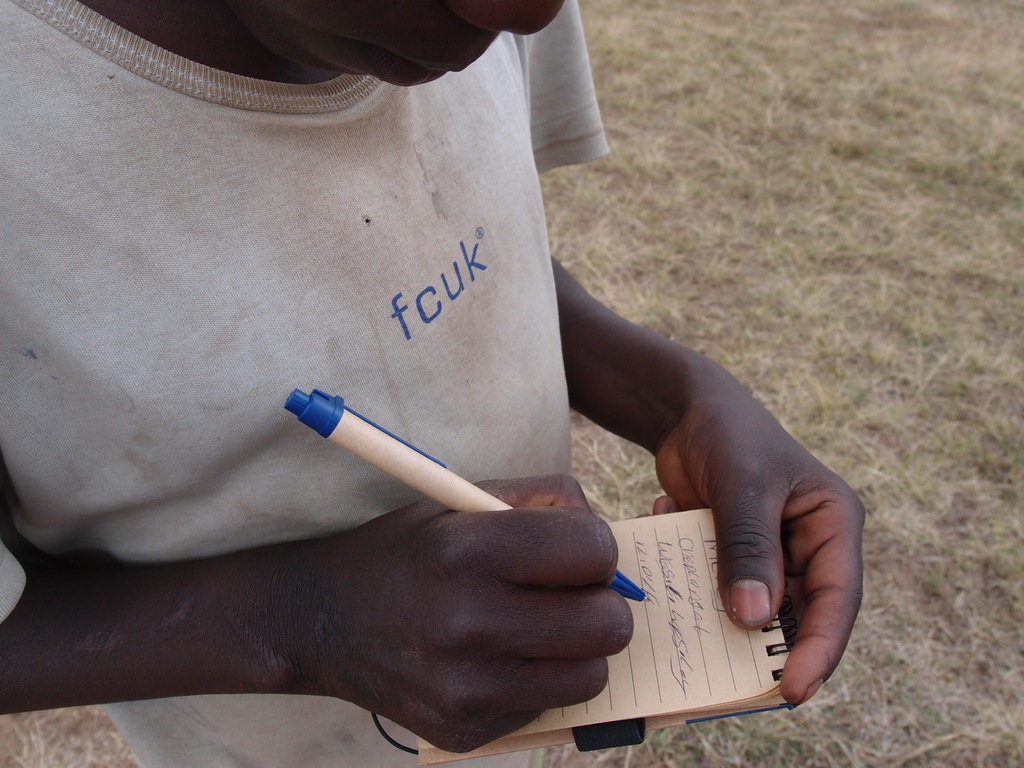 On a recent trip to Kenya, I had the opportunity to meet primary school students living near my campsite.  My initial thought process regarding the impoverished in developing nations was akin to the thoughts much of the general North American public has.  I did myself, and the people I was working to help, a disservice by assuming they were one-dimensional beings, needing to be saved and lifted out of poverty by another.

I met Benjamin, who in this photo, is writing his name in my notepad.  He is wearing a shirt from a UK based retailer, presumably purchased at the local market.  I realized that these children were complex individuals like any other child living anywhere else in the world.  They faced the impacts of globalization (the clothes on their backs came from the market, where both Kenyan-made and well-intentioned donated Western leftovers are sold side by side).  They spoke English and Swahili (both are considered official languages of Kenya) and played both Western and Kenyan games.  They live within their local culture, while living by Western cultural standards.

During my time there, I became the minority--the odd one out.  And yet, we had more similarities than differences.  We all wanted education, we all laughed the same and sometimes had difficulties understanding one another (usually me with my broken Swahili), and we all wanted to get to know one another.  But, it wasn’t a coincidence--it's our global world and we have to learn to live in it.