The 2016 Nobel Prize Winner for Literature, Bob Dylan, was and still is one of my favourite songwriters. In 1964 he released the album The Times They Are a-Changin. After all these years, the beautiful title song of this album is still considered by many as an anthem of change. Which reminds me of an epigram attributed to that ancient Greek philosopher Heraclitus: “Everything changes and nothing stands still.”

Around the globe many are concerned, others, perhaps, even angered, by the ever-increasing lack of ethical sensitivity and total disregard to integrity by some people in power and even by certain corporations and organisations. Unfortunately, we also often hear that as long as it’s legal then it’s good enough. Such an argument has become a callous cliché.

On the other hand, luckily, we are witnessing an ever-decreasing tolerance for unethical behaviour in all spheres of life. Around the globe, great expectations with regards to ethical standards are being elicited from people in power and from institutions. This phenomenon is also being fanned by the immediacy of the world wide web, the sterling work of investigative journalists and genuine whistle-blowers.

Notwithstanding the complexity of diverse ethical theories, ethics awareness is on the rise. Ethics is not just another buzzword. Especially after the havoc of the 2008 Great Financial Crisis, people from all nations are yearning for righteousness. Unethical behaviour was one of the main causes of a quasi-economic and financial meltdown.

In some countries, the consequential ever-widening inequality gap has already proven to be a toxic ingredient in a disastrous recipe for social unrest

In some countries, the consequential ever-widening inequality gap has already proven to be a toxic ingredient in a disastrous recipe for social unrest. No wonder that on September 16, 2016, John Authers of the Financial Times articulated that, eight years after Lehman’s collapse “Anger is intense as ever” and that “we are still stunned, and groping for the truth”.   Because as Dylan sang “the wheel’s still in spin”.

Today, in various countries, people are supporting and celebrating the initiative of the Carnegie Council on Ethics and International Affairs, with regards to Global Ethics Day. Only in its fourth year, Global Ethics Day invites us not only to explore the importance of ethics in our lives, but also to address and redress unethical behaviour.

Despite of our own fragilities, ordinary citizens like you and me, rather than disengage, may and can, make a difference. We can all strive to be just, honest and humane towards others. We need to support those who walk the talk and lead by example, respect others and encourage initiative.

Because in today’s fragmented and uncertain world, being static and ignoring ethics, is no longer an option. Dylan again: “For he that gets hurt, will be he who has stalled.”

In a world yearning for values, whether in sports, environment, institutions, business and politics, restoring trust is slowly becoming one of the prime requisites of our era. Earlier on this year, eBay founder Pierre Omidyar emphatically spoke and acted about this prevailing disillusionment.

Integrity and trust are interdependent. Just like our heart and respiratory system. If one fails, the other would probably follow. Luckily, likewise, ethics and trust may improve by acting cautiously and by daily practice.

Unfortunately we only acknowledge how important trust is when it starts to evaporate, thereby threatening the core and the stability of social relationships.

Hence the validity of this Global Ethics Day. We need to be reminded that ethics matter, and that ethics can be another means to re-establish trust and to counterbalance dishonesty, disloyalty and disorder.

A ray of hope shines from Pope Francis’s encyclical on the environment, Laudato Si: “Yet all is not lost. Human beings, while capable of the worst, are also capable of rising above themselves, choosing again what is good, and making a new start.”

Tony Micallef holds a Master of Arts in Business Ethics. 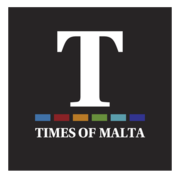