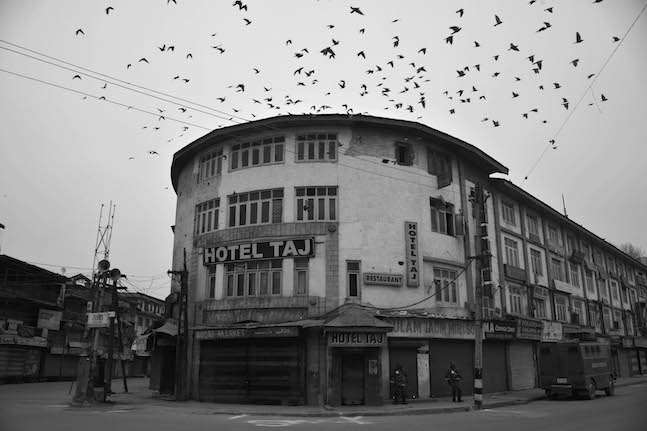 For its 10th Instagram take-over by photographers from around the world, Carnegie Council presents Ahmer Khan's photos of Kashmir.

The Himalayan region of Kashmir has been a flashpoint between India and Pakistan for over six decades. Since India's partition and the creation of Pakistan in 1947, the nuclear-armed neighbors have fought three wars over the Muslim-majority territory, which both claim in full but control in part. Today, Kashmir remains one of the most militarized zones in the world. China also administers parts of the territory.

Within India-administered Kashmir, some militant groups have been fighting for independence from India, or a merger with Pakistan, since 1989. More than 68,000 people have been killed in the armed insurgency and the subsequent Indian military crackdown, though pro-independence leaders cite a death toll twice as high.

The current unrest—fierce protests over the killing of a young rebel commander Burhan Wani in July 2016—has led to about 70 deaths and over 6,000 injuries. The violence in the area is the worst it has been since 2010, and the protests have triggered a heavy crackdown by Indian government forces, including strict curfews.

Ahmer Khan is an independent documentary photographer based in Kashmir. Khan's work has appeared in Al Jazeera, BBC, Getty Images, Huffington Post, Foreign Policy, The Diplomat, and many other publications. He's a contributor to VICE News and The Christian Science Monitor covering South Asia. His past work experience includes working with the World Health Organization during the Nepal earthquake.

Carnegie Council hosts a new Instagram take-over every month. Check out the previous photographers and look for the next one in early October:https://www.instagram.com/explore/tags/ccthrumyeyes/.