Links to terrorist groups :
Pakistan is said to be a haven for terrorist groups, and now its proven.The Terrorist Group which are nourished by Pakistan are -
Al-Qaeda
Lashkar-e-Omar,
Lashkar-e-Taiba (LeT),
Jaish-e-Mohammed (JeM) and
Sipah-e-Sahaba
Pakistan is accused of giving aid to the
Taliban,
"which include[s] soliciting funding for the Taliban, bankrolling Taliban operations, providing diplomatic support as the Taliban's virtual emissaries abroad, arranging training for Taliban fighters, recruiting skilled and unskilled manpower to serve in Taliban armies, planning and directing offensives, providing and facilitating shipments of ammunition and fuel, and on several occasions apparently directly providing combat support", as stated by the Human Rights Watch. In 2008, the US stated that the next attack on the US could originate in Pakistan. 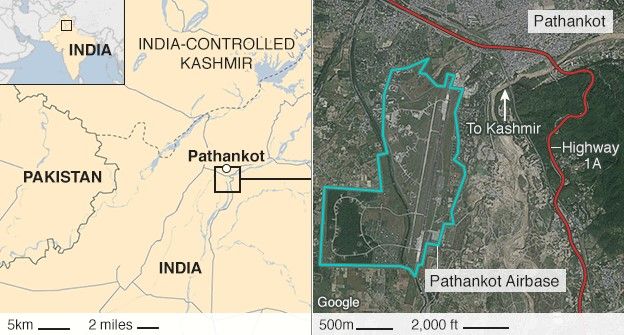 The normally reticent United Nations Organization (UNO) has also publicly increased pressure on Pakistan on its inability to control its Afghanistan border and not restricting the activities of Taliban leaders who have been declared by the UN as terrorists.

Former Pakistan President Pervez Musharraf has admitted that Pakistan supported and trained terrorist groups like Lashkar-e-Taiba (LeT) in 1990s to carry out militancy in Kashmir. From 1979 Pakistan was in favour of religious militancy.[55]“The Kashmiri freedom fighters including Hafiz Saeed and Lakhvi were our heroes at that time. We trained Taliban and sent them to fight against Russia. Taliban, Haqqani, Osama Bin Laden and Zawahiri were our heroes then. Later they became villains" says Pervez Musharraf.

The United States had direct evidence that the ISI chief, Lt. Gen. Ahmed Shuja Pasha, knew of Bin Laden's presence in Abbottabad, Pakistan.According to Pervez Hoodhboy, "Bin Laden was the 'Golden Goose' that the army had kept under its watch but which, to its chagrin, has now been stolen from under its nose. Until then, the thinking had been to trade in the Goose at the right time for the right price, either in the form of dollars or political concessions".

Pakistan was also responsible for the evacuation of about 5000 of the top leadership of the Taliban and Al-Qaeda who were encircled by Nato forces in the 2001 invasion of Afghanistan. This event known as the Kunduz airlift, which is also popularly called the "Airlift of Evil", involved several Pakistani Air Force transport planes flying multiple sorties over a number of days. According to a 2001 article titled "Overview of State-Sponsored Terrorism" issued by the US Office of the Coordinator for Counterterrorism, "In South Asia, the United States has been increasingly concerned about reports of Pakistani support to terrorist groups and elements active in Kashmir, as well as Pakistani support, especially military support, to the Taliban, which continues to harbor terrorist groups, including al-Qaida, the Egyptian Islamic Jihad, al-Gama'a al-Islamiyya, and the Islamic Movement of Uzbekistan." In 2011, American troops reportedly recovered Pakistani military supplies from Taliban insurgents in Afghanistan. LeT began carrying out operations in Indian-controlled Kashmir in the 1990s. It actively infiltrated militants across the Line of Control (LoC) from Pakistan to carry out sabotage activities with the help of the ISI and the Pakistan Army. Pakistan Army and Inter-Services Intelligence Directorate (ISI) have long considered Lashkar-e-Taiba to be the country's most reliable proxy against India and the group still provides utility in this regard as well as the potential for leverage at the negotiating table.