How Rights for Indigenous Peoples Can Save the Environment 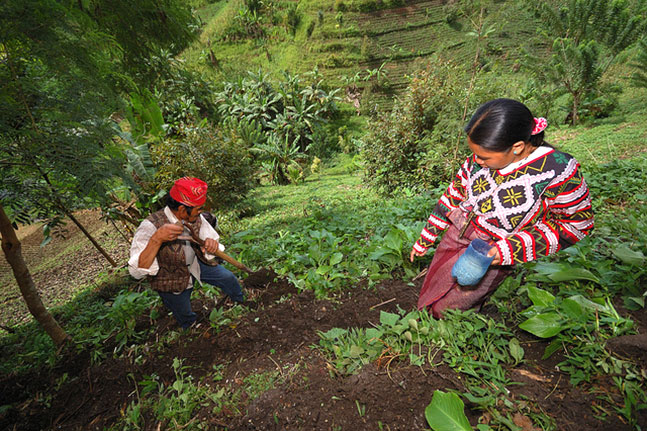 AMBER KIWAN: I'm Amber Kiwan from the Carnegie Council in New York. Last month I went to the United Nations to speak with Victoria Tauli-Corpuz, the UN Special Rapporteur on the Rights of Indigenous Peoples. Her mandate is to monitor and report publicly on the situation of indigenous peoples around the world. As part of the Council's Asia Dialogues program, we spoke about her home country the Philippines, and the role indigenous peoples play in protecting the environment.

Just to start, since this is the Forum on Indigenous Issues week—I know it's not over yet—have there been any highlights or key takeaways from the week so far?

I presented my paper, which basically looked at what I have seen in my mandate as a rapporteur. I went to Honduras, to Brazil, to Paraguay and I spoke about Berta Cáceres, who was one of the people who helped me in my visit to Honduras and then a few months after, she was killed. There are all these iconic cases of human rights violations against indigenous peoples simply because they are protecting their lands and their territories and, of course, the environment. Like Berta Cáceres was fighting against a big dam that was going to be built in the communities of her people, and that was the reason she was killed.

Those were some of the highlights directly linking the violence against indigenous peoples, the human rights violations, to the struggles and fights that they have to protect their lands.

AMBER KIWAN: Right. I saw that you hosted a dialogue on rights of indigenous peoples and incorporated conservation organizations. Can you just talk a little bit about how that went and maybe give examples of the conservation activities that were either discussed or proposed?

VICTORIA TAULI-CORPUZ: The reason why I did that is because I am going to make a report before the Human Rights Council on conservation and indigenous peoples that is looking at the impact of conservation activities on indigenous peoples. I have received some complaints about the territories of indigenous peoples being demarcated as national parks or conservation areas, and in the process they get kicked out of the parks, or they are not allowed to continue their activities and livelihoods in those parks, when in fact they say that they have been there since time immemorial. They were the ones who have protected these areas. There are policies and programs that have demarcated their areas without asking them. In the process, there are these kinds of violations that happen.

The first half day was a meeting with indigenous peoples who came to me to talk about the impacts of parks on them. There were people from Africa who were, of course, talking about the parks like the Maasai Mara or these famous parks where they live. In several cases, their houses get burned.

Building the parks is one thing, but when they allowed mining corporations or agricultural plantations to come in, then it is not really to preserve the park. It is for the state to have the possibility of taking over the land and putting something there that is in the interest of the state.

Those are some of the issues that came up in the meeting. We had people all the way from Latin America to Greenland to Russia and all the way to Africa and Asia, of course. It was a very rich conversation.

In the afternoon, I had meetings with the conservation organizations. These are the organizations under the International Union for Conservation of Nature (IUCN) umbrella. You have Conservation International, the Nature Conservancy, these big conservation organizations who have developed a new paradigm. They said that they are now talking about people and parks. The intent of my meeting was to ask them if they have really implemented a policy paper where they develop conservation in the human rights initiative. Of course, some of them said that they did but they have a lot of obstacles. Some of the things that they said were not necessarily consistent with what the indigenous peoples were saying in the morning.

I'll come up with a report on this, and I'll present that report before the IUCN World Conservation Congress that is going to happen in November of this year.