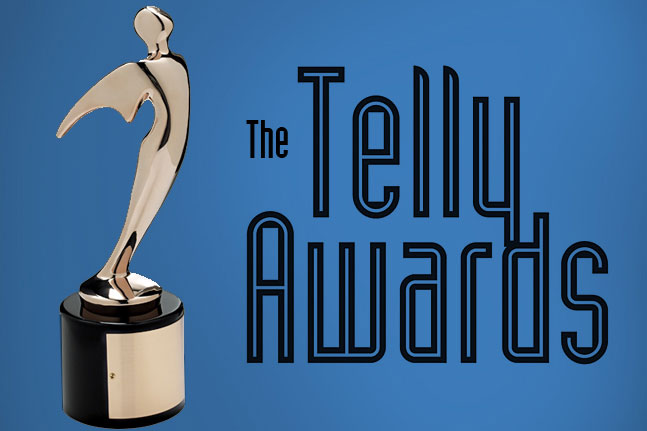 Carnegie Council for Ethics in International Affairs is pleased to announce that it has won a Bronze Telly Award for its Global Ethics Forum TV episode titled "ISIS: Inside the Army of Terror," an interview with Michael Weiss and Joanne Myers. With over 13,000 entries from all 50 states and numerous countries, this is truly an honor.

Global Ethics Forum, a weekly half-hour television show that airs on PBS stations across the United States, is a platform for leading thinkers and policy makers to discuss ethics in international relations. The winning episode is an unforgettable conversation between Foreign Policy columnist Michael Weiss and Carnegie Council's Public Affairs Director Joanne Myers. They discuss his book (co-authored with Hassan Hassan), ISIS: Inside the Army of Terror, which Ms. Myers describes as "without a doubt the definitive book on ISIS." This gripping interview gives us the full, terrifying story, from the initial mistakes made in Iraq to the carnage going on now in Syria.

(To access a transcript and audio of the entire talk on which this half-hour show was based, click here.)

The Telly Awards was founded in 1979 and is the premier award honoring outstanding local, regional, and cable TV commercials and programs, the finest video and film productions, and online commercials, video and films. Winners represent the best work of the most respected advertising agencies, production companies, television stations, cable operators, and corporate video departments in the world.

A prestigious judging panel of over 500 accomplished industry professionals, each a past winner of a Silver Telly and a member of The Silver Telly Council, judged the competition, upholding the historical standard of excellence that Telly represents. The Silver Council evaluated entries to recognize distinction in creative work—entries do not compete against each other—rather entries are judged against a high standard of merit.

"The Telly Awards has a mission to honor the very best in film and video," said Linda Day, executive director of the Telly Awards. "Carnegie Council's accomplishment illustrates their creativity, skill, and dedication to their craft and serves as a testament to great film and video production."

"It is a great honor for Carnegie Council and our in-house Carnegie Ethics Studio team to receive this award," said Carnegie Council President Joel Rosenthal, "and we would like to give a special thank-you to Michael Weiss and Joanne Myers. Carnegie Council goes beyond the headlines to give informed, thoughtful analyses of the ethical issues in international affairs, and this show is a great example of our work."

This is the third Bronze award for Carnegie Council. In 2014 (the Council's Centennial year), it won two bronzes for its "Ethics Matter" video, a lively introduction to the Council's history, its current work, and its goals for the future.

Founded by Andrew Carnegie in 1914, Carnegie Council for Ethics in International Affairs is an educational, nonprofit, nonpartisan organization that produces lectures, publications, and multimedia materials on the ethical challenges of living in a globalized world.

Comment by Valentine Olushola Oyedipe on June 17, 2016 at 12:27pm
Congratulations!

Comment by Valentine Olushola Oyedipe on June 17, 2016 at 12:27pm
Congratulations!