Can Cities Change the Politics of Fragile States? 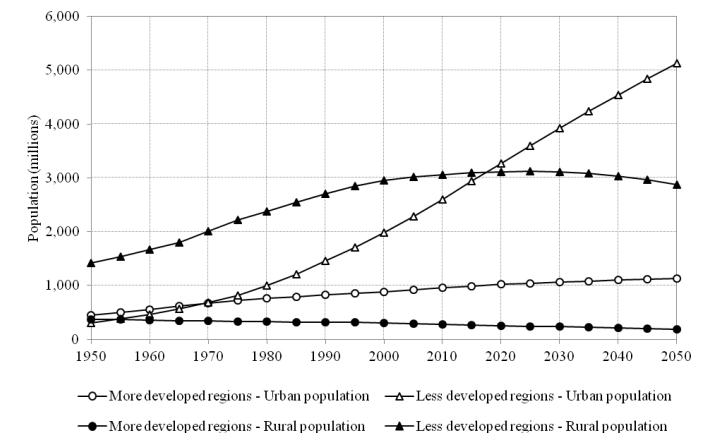 Discussions about how to fix fragile states usually start and end with national level politics and institutions. But what if the key to improving their condition lies elsewhere – in their major cities?

As Tom Goodfellow, Dennis Rodgers and Jo Beall recently pointed out, “cities are where state-building projects in the developing world un... rather than consolidate.” This is so because “violent civic conflict is generally linked to state failures to provide security, growth and welfare in urban areas and is exacerbated by the particular nature of the latter.” Moreover, “civil conflicts tend to drive rapid urbanization [and] then civic conflict is a common response to that rapid urbanisation.”

Competition between groups for control of cities and their resources mark the landscape of many fragile states, producing protests and riots (in the Arab world), gang crime (in Central America), criminal activity (across West Africa), and even terrorist attacks (in Beirut, Karachi, and Baghdad). Often these are the result of a failure to provide institutionalized mechanisms for political contestation and large-scale social exclusion.

As more and more people live in cities in fragile states the only way to improve lives in these countries is by improving the governance of the metropolises where they live. Almost one-half of the developing world’s population now lives in cities, and rapid urbanization will grow this proportion to almost two-thirds within a few decades. Although the numbers for fragile states will run somewhat behind these totals, the cities in these places are still rapidly growing. Lagos already has over 20 million people. Cairo, Karachi, Dhaka, and Kinshasa are all in a similar class.

The scope for improvement is vast. For tens of millions of people, existence in cities in fragile states—and many developing countries beyond—is precarious to say the least. A United Nations Human Settlements Program report declared, “The urban poor are trapped in an informal and ‘illegal’ world—in slums that are not reflected on maps, where waste is not collected, where taxes are not paid, and where public services are not provided. Officially, they do not exist.” Around a billion people—almost half of the developing world’s urban....

Urban planning in Africa and South Asia is incredibly outdated, exacerbating problems in the regions with the worst urban problems. A recent report by the Africa Research Institute pointed out, “Urban management is notoriously erratic and fragmented, and the overwhelming majority of buildings are constructed in contravention of planning laws.” Illegal structures predominate, planning and building laws are often used against vulnerable groups, and wealthy and powerful elites act with impunity. As is the case for much else in these countries, there are really two sets of laws: one for the most powerful actors and another for everyone else.

Despite the many difficult challenges they face, cities are easier to fix than states. The political dynamics of running a city are potentially much more favorable than that of a fragile country for a number of reasons:

First, elections work differently. Whereas national polls pit various ethnic and religious groups against each other, and turn into a mud fight between elites for control of rents earned from natural resource wealth or foreign aid, a city’s compact size, blurring of identities, and daily grind makes elections more a test of competence and pragmatism. There are also many more ways to hold officials accountable in a city than in a huge weakly cohesive country.

Second, the compact size of cities make the creation of mechanisms to promote collective action and to institutionalize negotiation between disparate societal interests easier than at the national level. As Goodfellow, Rodgers and Beall point out, “cities arguably also offer the greatest potential for the development of inclusive institutions for managing political conflict rather than suppressing it. The concentration of diverse actors and state institutions in cities make them, in theory at least, critical spaces for institutionalised forms of political debate and participation that translate into demands on the state rather than violence.”

Third, the powerful and wealthy actors who strongly influence how government works in poor countries are more likely to desire better governance when they live in a place—and not in a distant capital.

Fourth, there is ample scope to increase local taxation, which is crucial for increasing the accountability of officials. Whereas national governments often depend on foreign sources of revenue—natural resources and foreign aid—the more dynamic cities have no need to. The more they depend on taxes, the greater their motivation will be to enhance services, improve infrastructure, and invest in activities that expand business activity. The better they work, the more money they earn. Lagos, for instance, earns almost three-quarters of its money from local taxes and fees. In contrast, Nigeria’s central government, which is awash in tens of billions of oil money, earns only one-fifth of its revenue from local taxes.

Fifth, as improving public services is easier in a city than a whole country—there are fewer geographical, infrastructure, and political bottlenecks—politicians have a greater incentive to try. When you cannot win an election based on delivering the goods—as is often the case in Africa—leaders are more likely to focus on ethnic politics or corruption to do so.

What all this means is that cities need to become a much larger focus of attention for those wishing to improve fragile states. Devolving more power to cities—and their surrounding areas—offers a chance to remake the political dynamics that currently hold back whole countries. Once that is done, effort could be concentrated on improving electoral processes, forging developmental political settlements (just as important here as in national politics), and strengthening tax administrations and planning offices.