Some time ago, two economists named Reinhart and Rogoff produced a paper that argued that when a country's debt surpasses 90% of GDP, economic growth slows precipitously.  The paper was hugely influential, inspiring austerity budgeting in Europe and the US,  bolstering neocons in their desire  to limit the reach of government by limiting deficit spending.  They'd already succeeded in…

WTO: How about a policy on intergenerational predatory dumping? At the Worldwatch Institute's launch event for its 2013 State of the World Report (a report that I wrote a chapter for), the writer Kim Stanley Robinson gave a fantastic talk. One of the… The Value of Money For Nothing 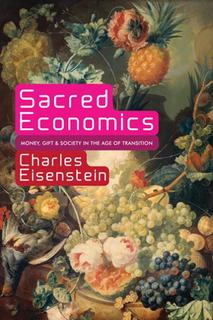 Giving things away freely – time, knowledge, possessions and money - has been and continues to be a truly valuable aspect of my freedom. My grandmother was a big inspiration. She lived simply yet, in the last years of her life, if you commented appreciatively about any item in her house she would suggest you take it. In part, her…

Tune in to Ethics Matter: A Conversation with Dambisa Moyo on September 18 at approximately 6:00 PM New York time. Here is a Thought Leader interview she gave us earlier this summer.

DEVIN STEWART: Dr. Moyo, how would you describe the time we…

The Bottom of the Pyramid, Part II: Partnering for Success Hollande and Europe: A change of direction or just a new face? The victory of anti-austerity Socialist leader François Hollande in the French presidential election has sparked discussion about the future of European economic policy. Winning 51.62 percent of the vote, Hollande's campaign was founded on the promise to introduce "a new direction to Europe," with a focus on growth and investment, in lieu of the austerity policies of outgoing French… Many pundits are giddily predicting the end of American preeminence and China's inevitable domination, but we have all seen that movie before.…