Why is Democracy Important?

Democracy is a system of governance where a respected rule of law exists which explicitly defines the role of not only the citizens in which it governs, but the role of civil servants such the president, senators, etc. Democracy encourages individuals' rights and citizen engagement (i.e., voting, opinions). A democracy has a functioning bureaucracy and views no one as above the…

“Democracy is a government of the people, by the people and for the people.”…

Living in a democracy is one of the most important aspects of a country. Democracy is the ability to choose your leaders in fair and free elections. If that is not part of your government, you do not live in a democracy. However, there are…

As I walk between classes in my Silicon Valley high school, situated within a 10 mile radius of Google, Facebook, and Apple corporate headquarters as well as Sand Hill Road (the venture capital industry’s metonym) and Stanford University, I am…

Democracy is a political system whereby the entire population either directly or indirectly controls the government. A true democracy would be where the masses are relatively unfettered, but… 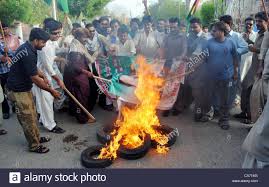