A Message from Carnegie Council

To all members of the Global Ethics Network:

It is with deep affection for this extraordinary community that Carnegie Council is today announcing the closure of the Global Ethics Network web platform.

This decision has not come lightly. In the past two years, the Council underwent a major strategic planning process, and we decided to end several of our longstanding…

Brainstorming Christmas 2019 Thought.  Back some 100 years or so ago (WWI Trench Warfare) the guns  went silent to observe Christmas Peace Day.  Might such an event occur today in the Middle East ?  Any opinions of at least a cyberpeace cessation of hostilities or a cyberpeace tsunami for peace (chaos theory butterfly effect) ?  Any comments/ideas/feedback/CyberPeaceGadfly

The human rights case against Volkswagen in Turkey

War is not only a question of ethics and humanitarian disaster. It is bad news for business.…

What it means to be an educated person?

I like this thought: "Only educated are free". (Epictetus)
Education is not about indocrination or unification of thinking.
Education opens our minds, forces us to search for truth, work with different ideas critically.
I think that an educated person is free from prejudices and imposed…

If there is one thing that Donald Trump does not need exactly at this point in the impeachment inquiry is to alienate US Republican Senators.

But giving way to Turkey's President Erdogan and dropping the Kurds might cost Trump the impeachment battle.

Here, Trump simply miscalculated. His move to “bring the troops back home” from Syria by dumping the Kurds backfired…

My journey throughout Diplomacy, Academics, and NGOs

I started my path in the international development field during my first year of university, working as an intern at the United Nations High Commissioner for Refugees in Venezuela. My experience alongside Colombian refugees in my country opened my eyes to the stark reality of displacement and war. Ironically, my country faces a similar situation nowadays. Venezuelans represent the highest rate of migrants and refugees in the Americas. More than 4 million have left the country since 2016; an… 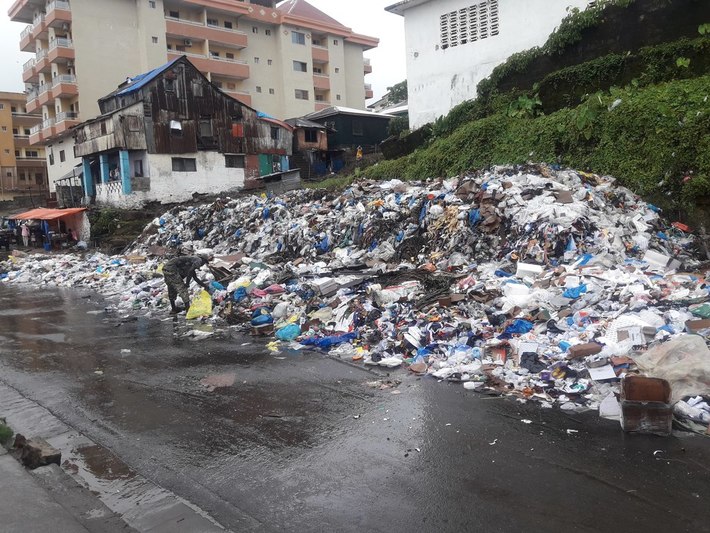 On March 11, 2019, in the Front street community, there was almost an accident to befall us, as the picture above illustrates. We have a very narrow road where only two vehicles…

Diaspora’s impact in defusing the pressures of civilizational tectonics

On the European continent, the modern Romanian state is the posterchild for undercutting pressures in civilizational tectonics, a picture that Samuel P. Huntington so hauntingly laid out in his post-Cold war portrayal of the “clash of civilizations” thesis. Built at the confluence of Ottoman, Habsburg and Russian Imperial borderlands, Romania’s trifold cultural heterogeneity resonates still and parlays into current social-political divisions and governance…

These days, more and more experts have shown they’re highly interested in the current relationship between the Both Sides of the Taiwan Strait. Not only because I’m a Taiwanese, but because this issue includes a ton of common problems that will occur in the international relations. For example, relations between Taiwan…

Comment: Presidential Campaign Season Underway - good to see three women (out of 10 candidates in the first stage of the Democratic Debates) "May the best Leader win."

The editors of Ethics & International Affairs are pleased to present the Summer 2019 issue of the journal!…

Carnegie Council is pleased to announce the 2019 recipients of the Robert J. Myers Fellows Fund grants.

Zambia today is undergoing diverse challenges in the areas of economy. The reasons are that most of the focus, time and support has had been given to politicians. And most issues are replaced with political considerations. Instead of  focusing on the professionality of people who qualify in those governmental offices as well as those people who are deserving empowerment.

This however has cause more problems…

Carnegie Council for Ethics in International Affairs is pleased to announce the appointment of Ambassador Jean-Marie Guéhenno as Senior Fellow. During his two-year fellowship, he will be working on a book tentatively titled The Second Renaissance: In Search of a New Balance Between the Individual and the Collective.

"In proportion as the structure of a government gives force to pubic opinion, it is essential that public opinion should be enlightened ." George Washington

Comment:  The Information Age/Evolving CyberWarfare/World-Wide Web Dis-Information/ Politics/Propaganda/Lies make it "essential that public opinion" be aware/educated on: "fake news" special/foreign interests. Carnegie might consider deploying some of its…

On May 3, Carnegie Council held its fifth annual student conference at its headquarters in New York City.

This year, the Council received 36 applications from 12 universities around the New York City area and across the United States. Out of the 36 applications, 11 projects, including one group project from The New School, were selected to present at the conference.

The winning presentation was by …