I wish to extend my greetings to everyone here in Global Ethics Network.

May you have a peaceful, safe and prosperous 2015 ahead of you.

Again, Happy New Year to all! Let's welcome 2015 with positive outlook, firm commitment, and steadfast objective in contributing, in our own little ways, changes and innovations for a better community, society and world.

When the new baby is born in a family, everybody in that community and family members become so happy.  Because the new baby brings a happiness with her smile, her first word, first crawling or first step.  The baby is very happy in that family. She has a mom, a dad and food to eat. She starts to grow up, goes to school.  Then she goes to High School. She sets some goals to achieve like every human does.

Everything the new world starts for person, when they set their goals.  Some…

TOPIC: What would you like to see happen during this century to make the world a better place?

So what should are the modifications or changes needed in today's society for a better world? Hear out a 17 year old's opinion on it.

MUHAMMED HASHIM P.C, AGE 18      STUDENT,SENIOR SECONDARY FINAL YEAR  DARUL HUDA ISLAMIC UNIVERSITY Sub: What would you like to see happen during this centaury to make the world a better place?  …

Sub: What would you like to see happen during this centaury to make the world a better place?

ISLAM CAN MAKE THE WORLD A BETTER PLACE

In this new era, there is a great reality as clear as day light. That our world was…

I thought on this subject, what should be our future –once my focus went on those birds who flies in the sky with freedom without any boundries.Sometimes it seems that birds are saying to us to know what the real meaning of freedom and independence.It also seems that birds saying that yet we human are free but still locked in grooves .Sometimes - I think we have something different from ridges, Perhapes we have separate due to our thinking the biggest reason behind this our fighting with…

<       I have a particularly good pair of socks. No, not expensive ones-just a cheap yet inordinately inspiring pair of socks.  It's colorful, and colors never fail to brighten my mood. It's striped with red, yellow, black, blue, indigo, green, white and a cacophony of other colors. These thin stripes, then merge at the toe point, into a huge sparkling sun. Like a child in  a sweet shop, or like a doting mother, I want everything for humanity. I want all the colors. I want us, yes the…
Continue

THE WORLD IN 21ST CENTURY: A SEA OF CHALLENGES AND A MOUNTAIN OF OPPORTUNITIES by Dr Inam Danish Khan

Humanity has witnessed a time-warp of agony, defeat, and despair as much as hope, triumph and glory. The 200,000 year journey from pre-historic era to Millennium era may seem esoteric; nevertheless it stands on agricultural, health and industrial revolutions made sustainable with energy exploitation, infrastructure development and risk management. An edifice of knowledge based scientific, societal and environmental biosphere has enabled the world to flourish;…

What would you like to see happen during this century to make this world a better place?

Universe is bizarre or perhaps more precisely it’s Multiverse; the word itself is weird and gives many implications. Anything can happen to anyone, anytime at anywhere in this world. Reality is not as obvious and simple as we have thought about it. “In a moment, everything can change: a drunk driver can kill a loved one; a tornado can destroy a town; a doctor can issue a terminal diagnosis1”. The flap of a butterfly’s wings in Brazil can set off a tornado in Texas as according to chaos theory.… Continue 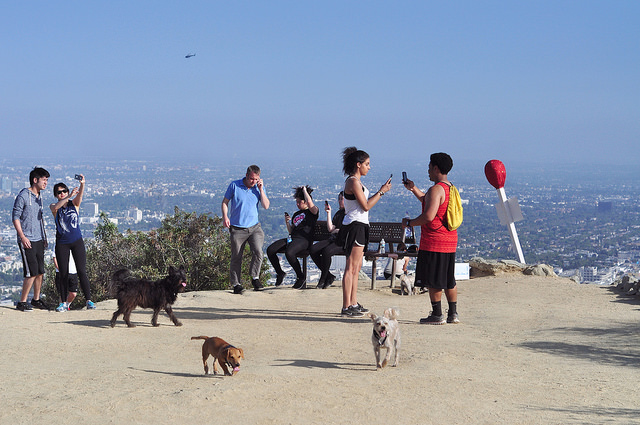 With the release of more advanced mobile technology (mTech) in the form of smartwatches,we…

We have always been intrigued of how the future will be. While many believe that predicting the future is impossible, some of us like to think of it as a ray of hope. The main reason for this is our desperate need for a change. The world has been going through what seems like an abysmal phase of…

We are all one and the same

I walk into the first day of my quantitative analysis class and I’m five minutes late. Having taken a previous class with the professor, she gives me a warm smile and a heartfelt, “Hi there, come on in we are just getting started.” But as I settle down in my seat, I am taken aback by the number of international students like myself in the same class, very much unlike my previous class with her. My thought process abruptly changes to “Boy, Is this going to be a tough class or what?” As…

The world has been undergoing vast changes since the past few decades-growing technologies, increased food and water production, as well as small effortless hacks being used within homes, schools and offices, the universe…

Memories that everyone must be having from their childhood are lollypop, candy, ice cream, toys, ABC rhymes, giggles, smiles and laughs, but they are exactly not. Muteness and blubbering…

The Inconspicuous Yet Vital Challenge of the 21st Century

Globalization through technological innovation and trade agreements has beckoned an unprecedented potential for prosperity in the modern world. This potential is most significant for the developing world, where support from international communities can improve standards of living and spark sustainable economic growth. However, the benefits…

The stairs to aim

ESSAY TOPIC: What would you like to see happen during this century to make the world a better place?

The stairs to aim…

What should happen this century to make the world a better place?

What should happen this century to make the world a better place?
By Tindi Sommers
Undergraduate,
Federal University of Technology Minna
The positive mindset and talent discovery.
This century, the 21st century, which began on the 1st January 2000, and will end on 31st December, 2100, has come with a whole lot of promising possibilities. These possibilities have a wide range of implications from fundamental human nature to the stars in space, from marriages to… Continue

Competition entry: what I would like to see happen during this centuary, to make the world a better place

Although land is generally treated as if it were capital, it was not created by Man. In particular, our land is a gift of nature (if not of a Higher Authority) and we have it on trust. Before very many people lived on this land it was almost worthless. Its…