Reasons why democracy is important

I have heard the term 'democracy' far too many times throughout the years I've been in existence. I have used it a couple of times myself, probably without bearing in mind the full weight of what it actually means. I took it lightly. Now as I have grown a little wiser I am faced with the task of defining the one term I've been advocating for and singing about for as long as I can remember. When I hear 'democracy', what echoes at the back of my mind is freedom. Democracy is the freedom an… Continue

INTRODUCTIONDemocracy is important in any state or country.A state which is governed by democratic principles is founded on the core values of democracy. We cannot ignore the principles of democracy …

INTRODUCTION
Democracy is important in any state or country.A state which is governed by democratic principles is founded on the core values of democracy.

We cannot ignore the principles of democracy which constitutes a doctrine. Democracy ideology, theoretically, promotes the distribution, and the establishment of legal framework support of state authoritative power that is vested in politically constituted offices. This system of democracy helps to govern the state public…

Democracy is the government of the people, by the people and for the people. This was just a definition given by ABRAHAM LINCOLN, however, has been demonstrated for all intents and purposes by the general population who live in a democracy. Well, why democracy?

The answer is since we like living great lives. Democracy is good for everyone, but there are quite a few countries that have been cobbled together artificially or are far too big and can only be ruled dictatorially in their…

THE POWER OF SOCIAL MEDIA The inclusion of millions of websites, apps, and more platforms for groups to be in touch through media all over the world wide web or net nowadays, surely assures us that …

THE POWER OF SOCIAL MEDIA 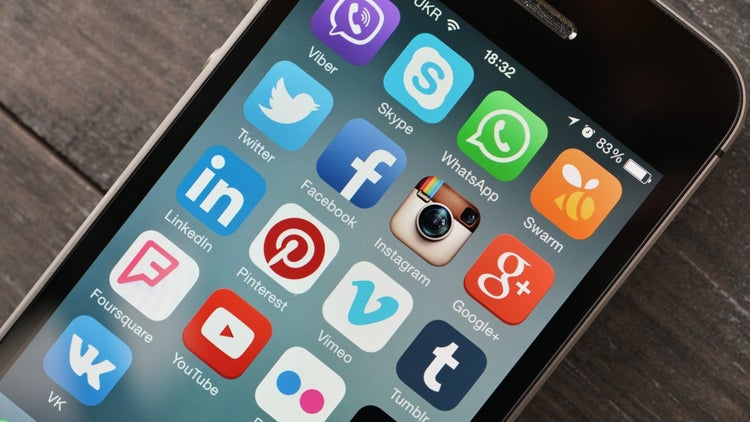 The inclusion of millions of websites, apps, and more platforms for groups to be in touch through media all over the world wide web…

Sunday, November 11, 2018 is the 100th anniversary of the armistice that ended World War I.

With the passing of the last veterans of the Great War, active public remembrance is essential. Carnegie Council's "The Living Legacy of the First World War" project joins other centennial…

What Does China-Pakistan New Bus Service via J & K Eyes For?

In last three travels to China I have found that Chines people like their leadership aims to make China the potential Super Power in the world and are ready to sacrifice at any cost. They are hard working,dedicated,having high income and a good life style all due to social changes which took place over the time. China and its current leadership has launched very huge and optimistic multi billion dollar project to revive its old Silk Route which is also known as 'One Belt,One Road Initiative'…

IS IT IMPORTANT TO LIVE IN A DEMOCRACY

Democracy in the world was not criticized only by a lazy person, because the thesis that democracy is a bad form of government does not cause me any surprise. However, personally, I am not a fan of supporting conversations like “democracy is not suitable for our country”. I believe that a country naturally has the form of government that suits it most. The one for which people are ready.

Under a democratic system, every person knows from childhood that he has the right to vote and the…

Added by Akhmetbek Zhanibek Serikovich on November 7, 2018 at 4:19am — No Comments

The relevance of studying this issue is determined by the need to define who the real hero is. Nowadays the concept of «heroism» is constantly discredited in modern society. We often consider people as heroes those who have nothing to do with heroism. The «heroes» always flashing on the pages of newspapers, magazines, TV screens are politicians, show business stars and so on. As a rule, they do not deserve it at all. But no one will ever be able to abolish eternal values, just as the concept…

Our human world has been so blessed to connecting the people together across the world in this 21st century at a blink of eyes. Globalization, integration and innovation that could interconnect far-reaching network to keeping us abreast are at high speed. The century of Information and Communication Technology could be our strength to understanding the global needs of all…

Innovative approaches to the problem of rubbish

Humanity is developing at an accelerated pace. Every day people create new things, ideas, devices which make our life easier and more advanced. At the same time these innovations have negative effects. And some of them create problems on a global scale like rubbish problem. It is one of the biggest world problems of the 21st century. It daily increases its tenure, influence and volume and is an ongoing process and has a huge impact on our health,…

Here is the start of a new video series to help us talk about photography ethics! It is called Photo Ethics on Film.

In each of these videos, we will look at an example from a film or television programme of a situation that you might find yourself in as a photographer. We will talk about the ethical dilemmas that are presented…

The common sense of modern, globalised and technological world would somehow magically impose that the answer to our big question be looked for through a historically well-established and apparently well-functioning statistical method. Take a random sampling scenario and you will soon hear the opinion of he who sympathises with Orbán’s concept of ‘illiberal democracy’: the best of all the hitherto tested regimes is not liberal because there is always a compromise in enjoying…

Modi Mania- Is BJP Planning to Rule India for Next 15 Years?

Modi and his team has hijacked three noted figures of Indian National Congress.They started with Mahatma Gandhi by starting Swatch Bharat Abhiyan from beginning till now,then started building Sardar Patel's tallest statue in world which he inaugurated on 31st October, 2018 and before that they fulfilled Neta ji Subhash Chandra Bose's dream by hoisting tricolor at Red Fort on the 75th anniversary day of Azad Hind Fauz,an Indian Contingent of which seed was sworn in by some other person than…

Democracy as an idea has evolved and expanded over a period of time to take meanings and fundamentals under its fold, it was not previously designed for. If one compares the contemporary understanding of democracy with what it was understood as back when the term was coined; one would not call the latter democracy at all. This paper will call this phenomena ‘extant frame of reference’, where the terms used in the past and the meanings ascribed to it always appear inadequate when seen from…