NAME OF YOUR SCHOOL: University of Nigeria, Nsukka (a graduate)

Where smoke rises, there usually is a fire close by. It is therefore no surprise for anybody to vehemently affirm that there is no…

"The world has achieved brilliance without conscience. Ours is a world of nuclear giants and ethical infants." General Omar Bradley

IS NATIONALISM AN ASSET OR HINDRANCE IN TODAY’S GLOBALIZED WORLD? #essaycontest2016.

IS NATIONALISM AN ASSET OR HINDRANCE IN TODAY’S GLOBALIZED WORLD?

As long as there is an existence of race, religion, culture, nation, etc, people will always have growing instinct that craves for nationality. The feeling of self-worth prompts every member of a society to see themselves as equal partners in pleasure and regards, in justice and humiliation. In their feelings of nationality with the romance of patriotism, there grows a political ideology which is called…

Thanks for Celebrating Global Ethics Day! Ethical implications of nationalism in a modern society #essaycontest2016.

I attended TWC2's orientation on 8th November. Transient Workers Count Too is a non-profit organisation in Singapore which aims at helping foreign workers, a silent community most Singaporeans unheard of. Though TWC2 is legal and licensed, it does not receive much support from Singapore government.

I was supposed to attend the…

"A majority held in restraint by constitutional checks and limitations, and always changing easily with changes of popular opinions and sentiments, is the only true sovereign of a free people." Abraham Lincoln

(This is especially true when the popular vote favors the sentiments of the majority of the people versus the electoral college, which in my opinion, favors a "rigged democratic system" ?  Any comments ?).

Nationalism and globalization are two eminent issues in today's world. This two are not only interrelated but also left effects on each other. On the one hand globalization wants to create a world where there will be no barrier to trade and communication system.  Every…

The drive to a sustainable world: ‘global nation’ not nations

The drive to a sustainable world: ‘global nation’ not…

Added by chukwudike chukwunenye ukeje on November 7, 2016 at 4:38am — No Comments

I think in terms of general nationalism we can agree that America is very big on nationalism. It’s evident in the American flags that adorn many porches in your average quite suburban neighborhoods.  The stickers on their vehicles… 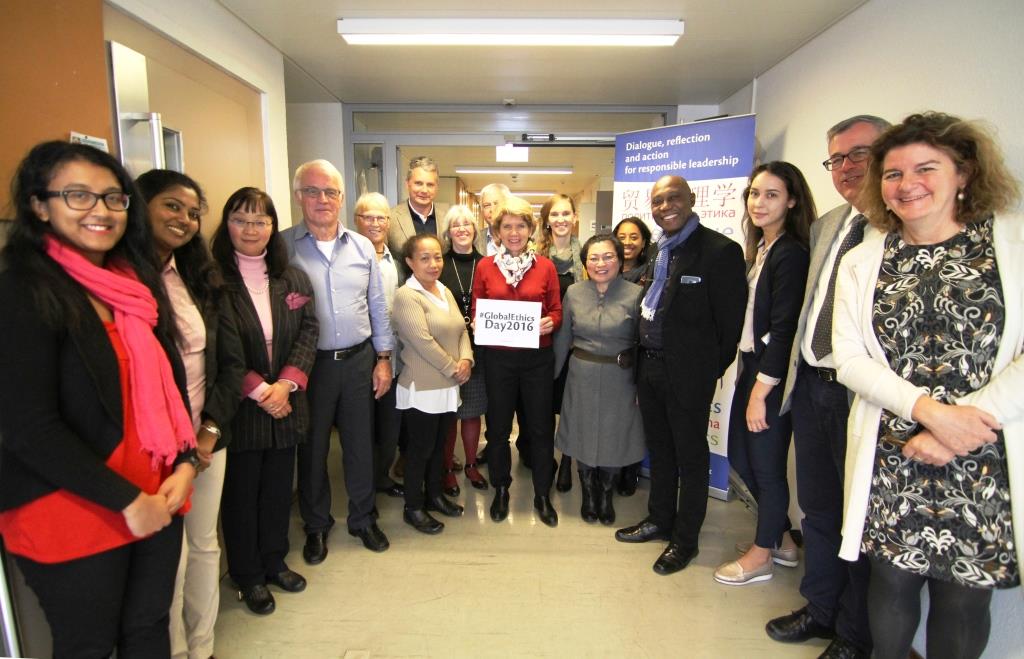 Our activities for #GlobalEthicsDay2016 - Why Do Ethics Matter? by Globethics.net

I haven’t been on this blog in a long time now… but I am very happy and proud to be back with a “terrific video” as described by the Carnegie Council for #GlobalEthicsDay2016.

From the question “Why Ethics Matter” we created a short video, a social…

This article deals with the cultural development and general perception of the concept of "intelligence" and "economic intelligence" in France. After the Cold War, finance and markets assumed a greater importance in determining the relations between countries; however, it took a long time for the French elite to be convinced of the existence of “economic warfare” and to define a culture of its own in the field of intelligence. Still, when all the international analyses were strongly related…