Ethical issues are a problem throughout the world regarding the leadership of a leader is honesty. Lots of action in a democracy demonstrations, protests, and even request a demotion by the community leaders. This case, comes from the attitude of a leader who lies.
True leadership act ethically, which is committed to the needs of the organization and the needs of the people. Everyone wants their leaders are trustworthy and these characteristics are found successful in every leader…

Ethics: A set of principles of right conduct; a theory or system of moral values.

Morals:Of or concerned with the judgment of goodness or the badness of human action and character.

Paradox:  A seemingly contradictory statement that may nonetheless be true.

The Value Engineering Approach (VE)  is also based on Function (like systems approach), although more narrowly than a system perspective which spans the universe e.g., "galactic  system" The basic  VE formula is:

An extreme example of VE approach is a necktie clip.  Think ! What would be a max value necktie clip ?

A system is an integrated set of interacting subsystems/components…

We were given a project to create an entity that can travel around the globe. This “entity” could be digital or physical, conceptual, hypothetical, philosophical, natural, electronic, etc. It could be an idea or an object...cutting the long story short, I decided to send around a photo (which should be attached) The question which I pose to you is: What do you see in this photo? How does your country/how do you relate to this photo? It will be highly appreciated if you can send me your…

Fellow Members: Ask a friend/colleague to describe your coffee mug.  If the emphasis is on the physical description (e.g.,off white,size, handle, round etc) without stressing function (to contain and facilitate drinking coffee), the person probably is not trained in "systems thinking." ". Question what is system objective function of cyberpeacefare ? Al

- "The Principle of Plurality should not be posited without necessity.

- The Principle of Parsimony: It is pointless do with more what is done with less.

- Taken together, they represent the basis of humanity's investigation into the universe."

Reminds me of plane geometry axioms e.g., the test of "necessary and sufficient" conditions.

Question: What is "necessary and sufficient" initiation/individual motivation for cyberspace cyberworld peace uprising ?…

There is one Supreme Being, the Eternal Reality.

He is the Creator, without fear and devoid of enmity. He is immortal, never incarnated, self existent, known by grace through the Guru.

The name of God  brings blissful peace to the hearts of the truly devout.

Guard and keep me, Friend of the humble, weary from wandering far.

Strengthen me, O Lord, that I shrink not from righteous deeds.

Winners of the 2013 International Student Photo Contest, Living with Differences

Carnegie Council is delighted to announce the winners of its first international student photo contest, Living with Differences. There was a wide range of interpretation on the concept of…

Might Global Ethics Network consider utilizing  a "petition sign up" approach for facilitating  its members becoming  certified CyberPeaceCitizens ?  Signing the petition would automatically RT "Let there be peace on earth and let it begin with me."&U/UsAll" The petition could be linked to Twitter and Facebook, as is now the case for comments. Also, Carnegie might want to add other material/collaborative peace links ? Seems to me part of the problem is confusion on how to RT basic…

Started this Cyberpeacefare Experiment well over a year ago on Twitter. A primary objective was to "spark" a cyberworld world peace uprising by an initial single tweet (e.g. chaos theory a butterfly flapping its wings can cause a tsunami). The tweet was "Let there be peace on earth and let it begin with me."&U/UsAll." (Lyrics of olde classic peace song). One RT SteveG722. Then I solicited RTs requests to: the Pope, Archbishop of Cantebury, Father Bob, Dalai Lama, President Obama, First… 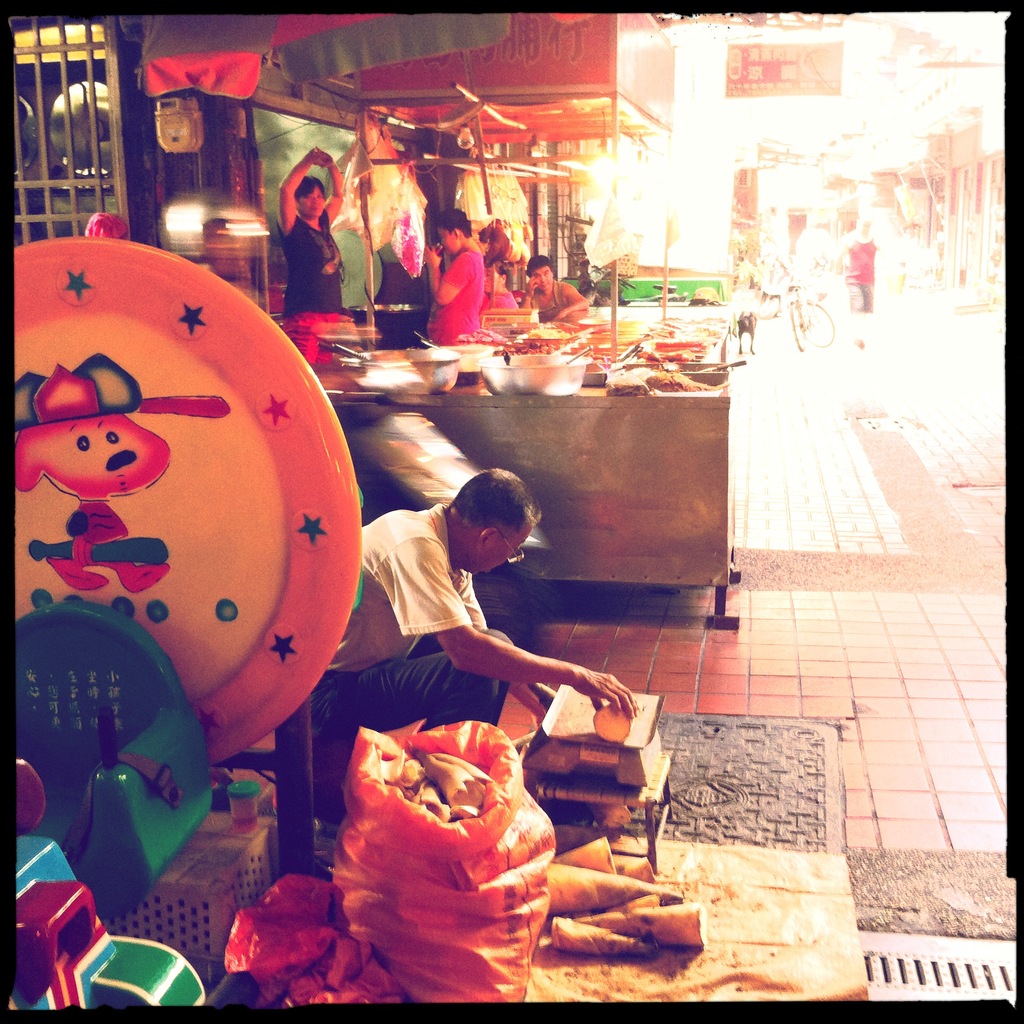 In this scene we see an elderly man hard at work, chopping bamboos in order to sell. The bamboos are his only source of income so it is essential that he chops with precision and care. Bamboo is an enormously popular delicacy in Taiwan so the market for these foods is healthy. The elderly man is living in peace in a thriving, bustling arena, ignoring his active… 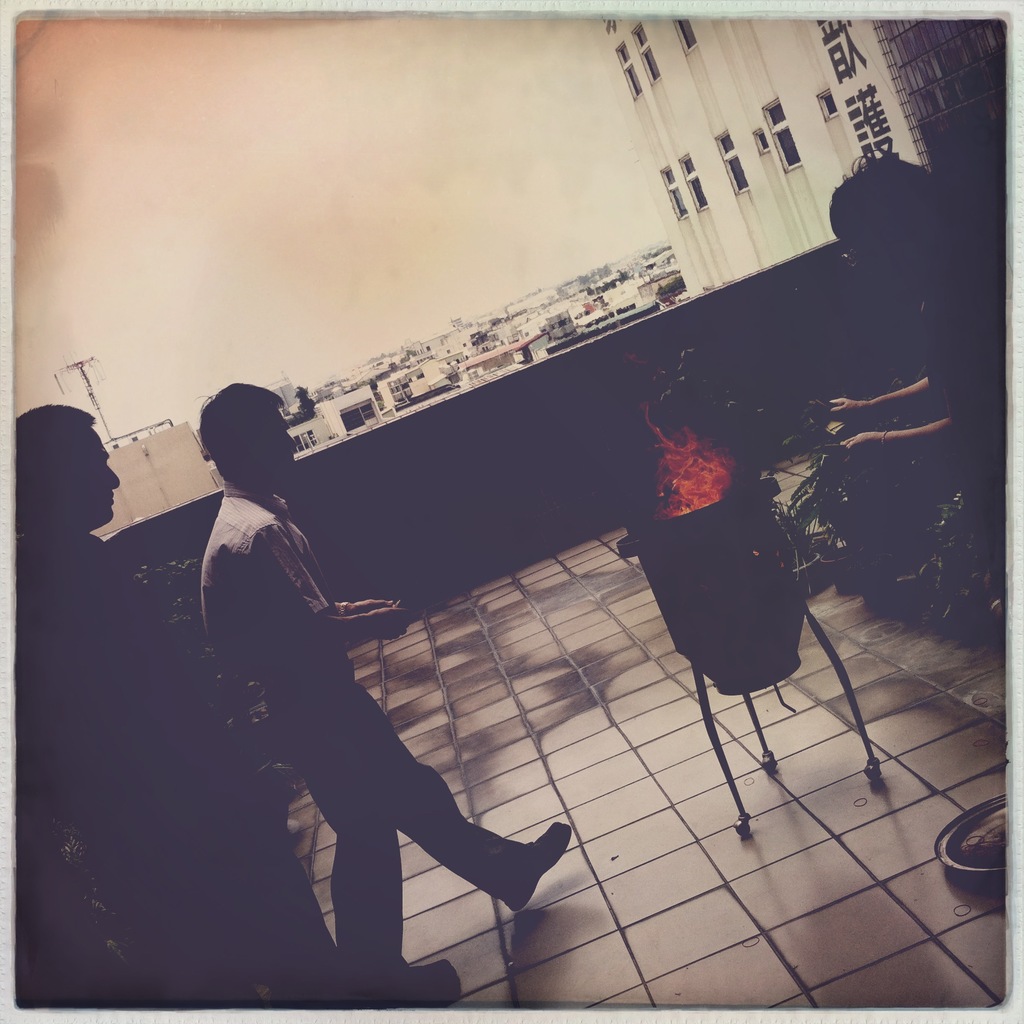 In this scene, we see members of a family burning joss paper, also known as ghost money, for the occasion of the veneration of the deceased during a special occasion. According to Chinese tradition, joss paper is burned to ensure that the spirit of the deceased has lots of good things in the afterlife. We see the numerous high-rise buildings in the background…