Cervical cancer is the leading cause of cancer death among women in southern Africa, but new research reveals that governments' attempts to address the disease have been inadequate. Access to cervical cancer screening services is minimal, few countries in the region have policies on the disease, and treatment remains a major…

Ways to Use the Global Ethics Network

Ways to Use the Global Ethics Network

EVENTS: Post conferences and public lectures. You can invite GEN members to attend or watch a live webcast.

VIDEO: Post video from your events and conferences, as well as clips from major video services such as…

Legally Regulate, rather than Outlaw

In my Last Post, I spoke about Humanitarian Intervention and explained that though law does not permit it, practice shows that it does exist.

Having established the fact that Humanitarian Intervention does indeed exist, the issue now is not whether a state should intervene or not, rather, what the state that intervenes should conform to. Over the last 40 years, a number of…

"The Petraeus Affair": A question of ethics, or of risk?

When news broke about "the Petraeus Affair" (as it has been deemed in many circles), my immediate reaction was one of sadness. Petraeus established himself as perhaps the most prominent example of an academic who could bridge the gap between theory and practice in a nation that recoils at the sight of most would-be leaders brandishing three letters: Ph.D. (For example, when I hear detractors refer to President Obama as overly “professorial” even though his most traditionally academic… 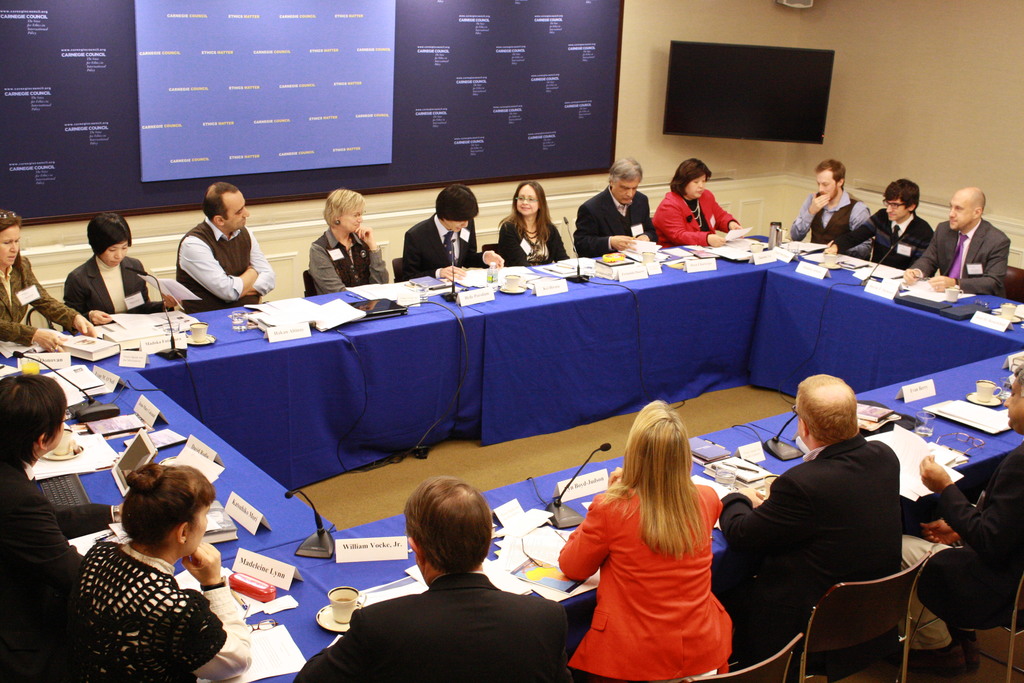 Our Second Annual Global Ethics Fellows Conference in New York City last week was a great success. Here is an overview of some of the proceedings.

Panel I: Cultural and Universal Norms

Is the Al-Qaeda rising, again?

When the Arab Spring began, there was a lot of speculation as to the future of the Al Qaeda. Most believed that the organization would die down when the first waves of the revolutions in the Middle East came about, as the Al Qaeda was still nursing wounds from the death of its leader Osama bin Laden. The Arab Spring was perceived as a new channel for the angst of the disgruntled youth in the Middle East, who were otherwise becoming recruits in the Al Qaeda – being disillusioned with the lack…

Bahrain and the responsibility of the international community

Since February 2011 Bahrain has been the scene of ongoing protests. Protesters are calling for greater freedom and democracy, respect for human rights and the removal of the country’s self-imposed monarchy. So far the regime has responded with harsh crackdowns, imprisonments, and systematic torture. The regime proclaims that it is implementing reforms, but so far this has not happened. It even employs a number of western PR-companies to shape the international public opinion of the…

Role of Government Funded Research in the Patent System

Should US citizens have to pay businesses for inventions they have already funded through their tax dollars? A review of this ethical dilemma is reviewed in Nature this month, as it relates to the cost of essential medications.

Renew the Market - Renew the World: A Plan

A Market Path to An Efficient Renewable Energy World Forecasting the Future of Countries

Measuring how countries perform is all the rage. Everyone from the World Bank to Bertelsmann to Africa’s most famous entrepreneur does it,…

If you could hear, at every jolt, the blood
Come gargling from the froth-corrupted lungs,
Obscene as cancer, bitter as the cud
Of vile, incurable sores on innocent tongues,
My friend, you would not tell with such high zest
To children ardent for some desperate glory,
The old Lie; Dulce et Decorum est
Pro patria mori.
From “Dulce Est Decorum Est,” by Wilfred Owen…