An ant asked the echo of a dinosaur: "Why do you eco around the same mountain year after year if there are so many other mountains around you?"

The dinosaur answered: "This is what the ancient dinosaurs programmed me to do".

?: Is the black ink on the white paper more important than the tears on the cheeks of a little girl who just lost her entire family because a dinosaur is fighting for tomorrows oil?

Who do you choose to be: the dinosaur-echo or the ant?

who makes the difference between today and 2099?

The world is in a very “hot state” right now. Geopolitical tensions and wars are everywhere. Hunger and diseases are killing the “African Dream”. Climate change has made many settlers to say “ADIEU” to their lands. Areas which were formally great lakes are now “Great deserts”, the “Ice Mountains” of the Arctic are becoming just “Ice hills”. Religious ideologies and misinterpretation of…

"Press This Guitar and Tears Will Pour Forth": A Ballad of Labour Rights in South Korea. [POSC315 Human Rights Paper Submission]

Press this guitar and tears will pour forth: A ballad of labour rights abuses in South Korea.

There is no doubt South Korea has earned its title as one of the Four Asian Tigers, alongside the other economic success stories of Singapore, Taiwan and Hong Kong. The four have industrialized their economies remarkably quickly and maintained a significantly strong growth rate between the early 1960s and the 1990s, and the Republic of Korea is the 12th…

What is the future? Does it exist at all? Can we change it, or everyone has his or her own destiny? These are philosophic questions which people always try…

self: the total, essential, or particular being of a person; the essential qualities distinguishing one person from another; individuality.…

To Face the Antithesis of Sceptism

Indonesia had been already welcomed the new 7th President, Mr. Joko Widodo with Mr. Jusuf Kalla as the vice president. They would face so many problems or maybe could be called as obstacles including human rights issues, economic development (marked with the preparation of ASEAN Economic Community 2015), corruption, and more. It's of course not an easy but struggling tasks. They should be able to deal with time because what people in this nation will look is how fast they can solve…

Chiselling at the Walls of China’s Black Jails

The Chinese government has a track record of suppressing political dissidence through various means.  The most recent iteration of governmental crackdown emerged in 2003, that of Black Jails, heijanyu, are a form of illegal prison operated by illegal public security companies,… 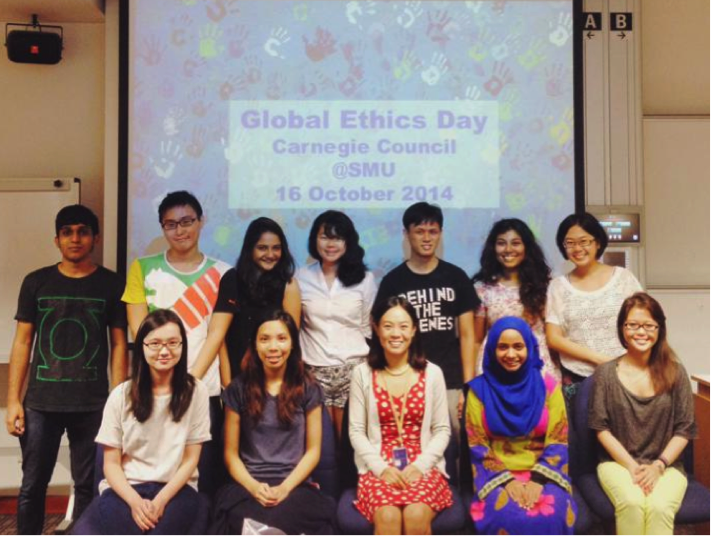 To celebrate the inaugural Global Ethics Day, the students in the class on ‘Global Migration and Human Security’ at Singapore Management University (SMU) had a special discussion session on ethics and migration. The Year 3…

Action: the state or process of acting or doing; something done or accomplished; a deed; causation of change by the exertion of power or a natural process, the action of waves.......

Obligation: a social, legal, or moral requirement such as a duty, contract or promise that compels one to follow a particular course of action imposed by society, law or conscience....

Global Ethics and the Effective Parliamentarian

October 16th marks the inaugural Global Ethics Day—a day spearheaded by the Carnegie Council for Ethics in International Affairs on the occasion of their centennial celebrations. When I first learned of the day, I immediately turned my thoughts to ethics in politics. As a program advisor at the Global…

When Elephants Fight: Why We Need More Sustainable Community Organizing

“Why are you wasting time by reaching out to people who can’t be bothered to come to meetings, or who don’t dare open their mouths? You’re bottom-dragging.” 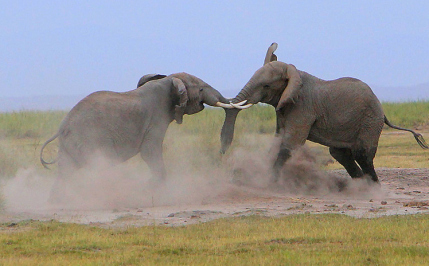 I was shocked when I heard the words “bottom-dragging,” a terribly insulting way to refer to efforts to connect people with one another. The questions, asked of us by the…

Are we fighting a just war against the Islamic State?

For the past three weeks a multinational coalition has been engaged in an air campaign against the Islamic State. We've been told the fight will be a long one, but will it be a just one?

In the linked post I question whether air strikes are sufficient means to the end of defeating IS and protecting innocent civilians. This is not a simple theoretic question, but a pressing policy issue. The people of Kobane have been fighting a concerted IS attack for several weeks and air support has…

(Two Courageous Advocates for Peace.  An inspiration to "us/all").

#Cyberpeacefare #It Can Be Done

"The man who misses all the fun

In solemn pride he stands aloof

And greets each venture with reproof

Had he the power he'd efface

The history of the human race:

We'd have no radio or motor…

What Do I Learn from the E-Book

What will our world be like in the next fifteen to twenty years? “Global Trends 2030: Alternative Worlds,” tell us what policy planners in the US foresaw:

l  The empowerment of the individual at a scale never before experienced will be the most prominent trend of the future. Technological innovations in information, automation, manufacturing, resource management, and health will be the primary causes of this megatrend.

l  The second megatrend will be demographic…

"The happiness of your life depends upon the quality of your thoughts; therefore, guard accordingly, and take care that you entertain no notion unsuitable to virtue and reasonable nature."

(So much terrorism, lack of conscience, hatred, indifference and unhappiness out there.  Let us try, a little, to make a difference for usall human…

“That decision may be judged irrational or merely a miscalculation of likely consequences, but it is like many similar ones throughout history in which passion inspired by old hatreds and wounded honor are the cause of dangerous actions.”…

Peace By Poison: How the Coronavirus Could Fix Globalization Problems

How is the COVID-19 pandemic stress-testing the international system? Senior Fellow Nikolas Gvosdev writes that the virus is accelerating a series of disintegrative processes, which could end up ushering in the long-awaited post–Cold War world. This article was first published on March 14, 2020 and an excerpt was reprinted with the kind permission of "The National Interest."