"Scrambling to Adapt to Climate Change"

In this episode of Carnegie Council's podcast series Impact, host Julia Taylor Kennedy and her guests explore how our society is attempting to deal with climate change, and why inequality…

Change your attitude-Change the world

We all have one thing in common.We are all humans.No…

"A Storm in a Bucket: Lessons from the Ice Bucket Challenge Controversy"

In this article from Carnegie Council's online magazine Policy Innovations, Carnegie-Uehiro fellow and Global Ethics Fellow Kei Hiruta takes a closer look at the ethics behind the ALS Ice Bucket Challenge. Is fun-based activism morally questionable? Does "slacktivism" really have an impact? Read here to learn about Hiruta's…

"War and Reconciliation in the Twentieth-Century Balkans"

In another speech from Carnegie Council's Sarajevo Symposium, Professor Ivo Banac of Yale University addresses the challenges of restoring peaceful and tolerant relations in the Balkans after a century of war has divided the region. For video and full transcript visit: …

"The great task of the peace is to work morals into it.  The only sort of peace that will be real is one in which everybody takes his share of responsibility.  World organizations and conferences will be of no value unless there is improvement in relation of men to men."

(Time for "everybody takes his/her  share of responsibility"   Wonder how ?  Anybody got any ideas ?)

"A Clear and Present Danger: Why We Need the UN Security Council to Help Defeat ISIL"

In this article, Carnegie Council Senior Fellow David Speedie and Zach Dorfman, Associate Editor of Ethics & International Affairs argue that the US and the UN Security Council need to lead the fight against ISIL in Iraq. …

Reaction Paper 4 for the EFF Course

Nguyen in section four raises an important issue about biasness in the selection of sources or subjects which could have serious implications on our work about the future. Prediction, especially in a world where uncertainty and of course greater understanding of possible incidents exist side by side, it is necessary for states and other actors to become more prepared in responding to needs such as security and financial stability. In addition, it also helps us to prepare for calamities that…

"Corporations as Agents of Change"

Change Education to Change the World

"It can't be done" has been reiterated to me a hundred times over throughout my education thus far, and I believe that in order to change the world, we must change this attitude that hovers over our students and hampers their passion and initiative. When I grew tired of listening to the same lecture presented in school every day, I asked to skip a grade so that I could challenge myself and learn at a…

There is an intense debate about the possibility of global peace and security when the peoples of the world, through communities, states and institutions have common goals and ambitions. It is true that peace, security and stability are some of the most fundamental things that enable humans to thrive whether in politics or economics. However, man has almost always been indulged in competition, whether for socio-economic resources, cultural or political gains. This competition indeed is…

"Legal and Moral International Norms Since 1914"

Adam Roberts, senior research fellow at Oxford University's department of politics and international relations, delivers a speech on what we've learned since World War I, what we haven't learned, and how legal and moral norms change in response to the experience of war. This speech was part of the program at Carnegie Council's Sarajevo Symposium.

For full text and audio visit: … 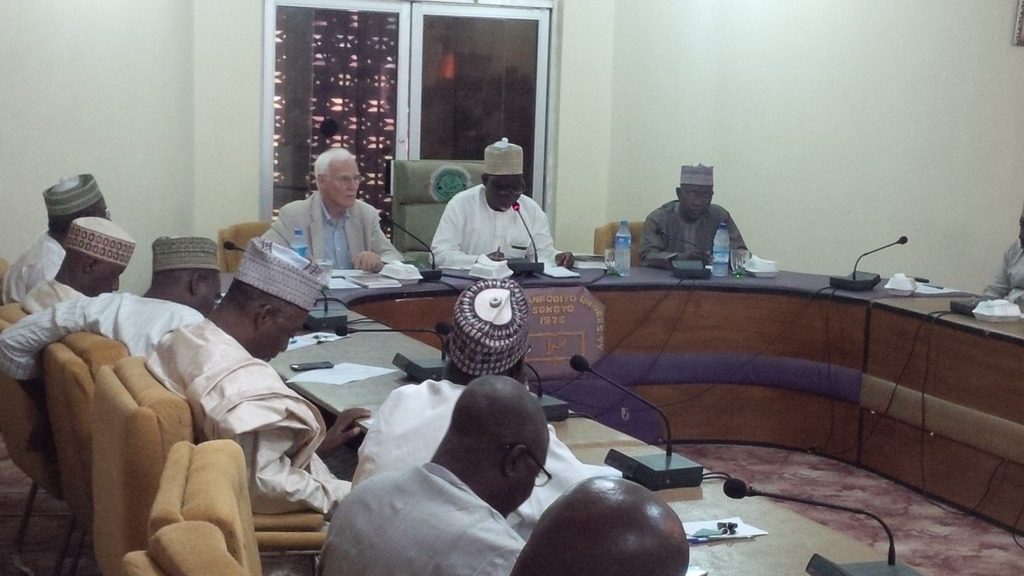 The Centre for Peace Studies, Usmanu Danfodiyo University, Sokoto hosted Prof. John N. Parden from George Manson University,United States who delivered a lecture on Northern Nigeria Contemporary Challenges and Prospects. Many issues bordering on security challenges facing northern Nigeria and Nigeria at large were discussed at length during the…

"Womenomics and Culture Change in Japan"

"Religion in War and Reconciliation"

As part of further coverage of our Centennial events and Sarajevo Symposium, check out Carnegie Council Senior Fellow George Rupp's presentation on the role of religion in war and how religion can also help us overcome violence.

Full transcript and video recording can be found here: …

"Today the treacherous, unexplored areas of the world are not in continents or the seas; they are in the minds and hearts of men."  Allen Claxton

(Seems to me this truth is manifest in the ubiquitous terrorism of today and especially in the slaughter of innocent civilians and children.  Is the solution to have women political leaders ?)