#direngeziparki is now the 2nd worldwide trending topic on Twitter.

In fall 2011 when I was witnessing the rise of Occupy Wall Street in New York City, one of the recurring questions in my mind was this: When would Turkey have its own #Occupy moment? “We are the 99%” slogan had spread from the Zuccotti Park to other cities in the U.S, taking its inspiration from square occupations in Egypt, Greece, Spain and Britain. Some of those movements fizzled out, and some of them kept on. But Turks had not jumped on that Occupy bandwagon for a really long…

"Dear friends all around the world,

something brave and significant is happening in Istanbul, Turkey.
A late blooming Occupy wave one might call it.

International Human Rights Organizations and Dear Friends, Comrades, Press Members from all over the world;

Since the 27th of May,Istanbulites from all social and political backgrounds and ages and from all over the city had been continuing a peaceful resistance in…

Why should we care about #occupygezi?

''To all my friends living abroad; a message from my friend; please read and share!

PM Tayyip Erdogan's police attacked today at 5am the protesters defending a park in the center of Istanbul and woke them in their tents with pepper spray and burnt down their tents. The attack is disproportional and unjust.

The protest itself is against the destruction of Gezi Parki…

Why should we care about #occupygezi? Part 2

A friend in Istanbul wrote this, I'm sadly sharing her message: "Reporting from İstanbul, Turkey: We are under attack. We get sprayed with pepper gas on a weekly basis. We have been allowed alcohol in our homes but not outside. Kissing and hugging not allowed. However we are strongly encouraged to breed and make 3 kids right after marriage. Women taking pregnancy tests are recorded. Morning after pills are prescription drugs now. Breathing optional on… "It's really simple actually... It's just... try and make people happy . . . as long as you learn it, you're going to make the world a better place."

First and foremost, the characteristics of the virtual society such as freedom, openness, and globalization make the whole world connected. And the way we…

THE GREATEST CHALLANGE: IMBALANCE OF DEVELOPMENT AND CLASH OF CIVILIZATION

As the introduction I gave to the administrator just now, I’m an undergraduate student in School of International Study of Peking University, interested in ethical topics, this assay based on my reading and thinking, trying to look at the ethical challenges from a view of new fruits of today’s international study.

First of all, please permit me to clarify my answer from the very beginning, the greatest ethical challenge facing the planet today is the imbalance of development across…

HILLEL AND THE TAXMAN

Hillel the Elder’s fame rests on his use of logic for deriving Talmudic law and this talent also relates to his three questions about Jewish moral behavior (see: ”Avot” or “Ethics of the Fathers”, Chapter 1 verse 14). These questions are presented below. They are applicable to many attitudes and responses that individuals take and also pertain to the community at large. Amongst the public and social money matters, this includes a nations’ methods for… 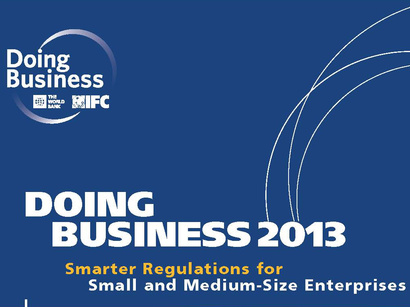 The coolest thing about this event wasn’t the caliber of the speakers, which I found astonishing, but rather how accessible they were.  If you’ve ever wanted to debate the…