The Future of Taipei- Washington Relations: The Wire Dancer and the Wire

A glance at the past

When speaking of Taipei- Washington Relations, China cannot be ignored. 1979 is a dramatic moment to Taipei- Washington Relations. On December 15th, 1978, Jimmy Carter, the president of the United States at that time announced that Washington and Beijing would establish diplomatic relationship start from January 1st, 1979, and at the same time withdraw diplomatic recognition from Taiwan (also known as the Republic of China [ROC]). This…

The future of US-Taiwan relations

In 1970s, it was a turning point of US-Taiwan relations as well as the critical period of mutual recognition between democratic and communist group. In 1979, US switched the diplomatic recognition from Republic of…

The Future of the Ex-brothers across the Pacific: Taiwan and the United States

Original question--“What is the future of U.S.-Asia relations or of the United States and one of the Asian countries listed below? Please use specific examples or stories to illustrate your points.” What will be the future of Taiwan and U.S.A.? When being asked about this question, we should take into…

Asia-Pacific Region, the United States of America or China?

Asia-Pacific Region,
the United States of America or China?

TPP, the trade agreement under negotiation between the U.S., Japan, Canada, Mexico, Australia, New Zealand, Singapore, Vietnam, Malaysia, Peru, Chile and Brunei. The proposed agreement began in 2005 as the Trans-Pacific Strategic Economic Partnership Agreement (TPSEP or P4). Participating countries set the goal of wrapping up negotiations in 2012, but contentious issues…

TPP, and the Future of US-Asia Relations 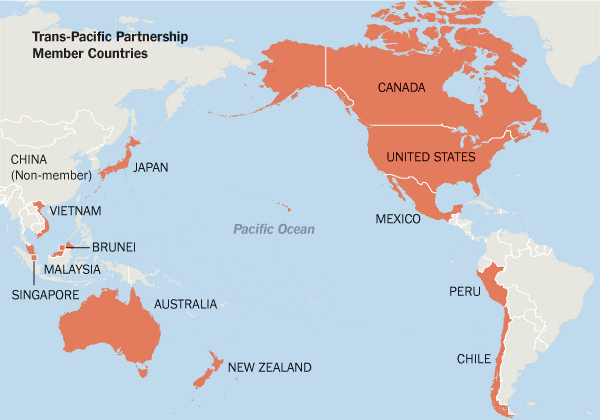 Recently there has been heated discussion about the Trans-Pacific Partnership (TPP). Everyone from top business lobbyists, academics, economists, down to labor union leaders, scientists, and even artists have voiced support and concerns about the agreement.  Negotiations have been stalled out for months, as…

DREAMING FOR A CHANGE

The Gift of the Quoxxel by Richard Titus
My rating: 5 of 5 stars

If you think it is a tale of imagination and fantasy-well, then… Continue

In the 1970s, the famous educator Ivan Lllich mentioned three objectives for a good education: first, education should offer accessible resources to people who wish to learn. Second, it should match people with knowledge to those in need of their knowledge, and lastly, it should create avenues for people to raise questions in public debate. Unfortunately, even the world’s two largest economies currently struggle to achieve all three of these objectives. In the United States, for example, we…

Friends with Benefits: The Power and Potential of P2P for America and Japan

Past as a Present for the Future

It was the first day of Spring 2013, the second college semester in our lives, and we were sitting next to each other in a Modern Japanese History course taught by the renowned Professor Frederick Dickinson. We were excited, naïve, and eager to learn. And our friendship began with an awkward exchange that afternoon.

“Yo! Why are you taking this class?…

TIFA, TPP, Pork, and the Future of U.S.-Taiwan Trade

Following the 2007 dispute between the United States and Taiwan over the import of American beef products, U.S. pork products have now become the major issue coming between U.S.-Taiwan relations. Only three years ago Taiwan folded and traded American beef for U.S. visa-free entry. Now it seems that Taiwan may have to trade again: protection of its pork industry for membership in the American-led Trans-Pacific Partnership.

We cannot proceed with the issue of pork imports without…

Common Market Integration in Asia -Taiwan’s Response and the Role of the U.S.

International politics is like a multidimensional chess game played by several players, and globalization, an unseen force, keeps squeezing the table, and shapes it into smaller one. In one dimension, players may struggle for dominance, or players may pursue profit in a separate dimension. In reality, the game is not so simple, for each player is forced to play a little bit of both simultaneously.

The Future of U.S.-Taiwan and relations and the Taiwan-Relations Act

The Future of U.S.-Taiwan and relations and the Taiwan-Relations Act

ALL THE WORLD IS A STAGE…

The Bounce!: A Story of love, loss and the life of a global Indian by Mohan .
My rating: 4 of 5 stars

It is a straightforward story that appeals directly to the… Continue

Are We At War With Islam?

Constructed of Magic: And Other Poems on the Immortality of the Human Spirit by Louis Alan Swartz
My rating: 5 of 5 stars

Will he rise again?

The Road to Rebirth by Dean F. Wilson
My rating: 5 of 5 stars