Carnegie Council Presents "The Crack-Up," a Podcast Series about the Pivotal Year of 1919

Created and hosted by historian and Carnegie Council Senior Fellow Ted Widmer, "The Crack-Up" is a special podcast series about the events of 1919, a turbulent year that in many ways shaped the…

The unforgettable voyage to the land of where success initiated. one after noon while sitting in my class room with peers during recess period who also applied to the yale young Africa program receiv…

The unforgettable voyage to the land of where success initiated.

one after noon while sitting in my class room with peers during recess period who also applied to the yale young Africa program received an email notifying them about the out come of their results, when they check their applications status most of them where not accepted for the program.I began to worry about my application for that most of my peer where not accepted been for of humiliation that my application will not…

"Cause and effect, means and end, seed and fruit cannot be severed; for the effect already blooms in the cause, the end preexists in the means, the fruit in the seed."

This quote reminds me of tiny seeds from which grow the giant Sequoia trees; the accomplishments of: the founders of the great religions; political military leaders,s… 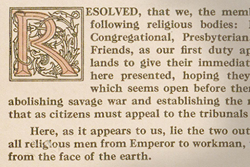 "This is an adventure such as has never been tried…

"It is more difficult to organize peace than to win  a war; but the fruits of victory will be lost if the peace is not well organized." Aristotle

Especially, Need to "Win the hearts and minds of the people." Cyberpeacefare of the people; a popular world-wide-bottom-up Individual citizen awakening of the power of their thoughts and digital devices. Once citizens of the world realize their personal cyber power,…

Measles-Rubella Campaign- UNICEF and India Determined to Make it Possible

Kumbh : The Biggest Spectacle of Hindus on This Earth

The Kumbh Mela (the festival of the sacred pitcher) is anchored in Hindu mythology. It is the largest public gathering and collective act of faith, anywhere in the world. The Mela draws tens of millions of pilgrims over the course of approximately 48 days to bathe at the sacred confluence of the Ganga, the Yamuna, and the mystical Sarasvati. Primarily, this congregation includes Ascetics, Saints, Sadhus, Sadhvis, Kalpvasis, and Pilgrims from all walks of life.
Kumbh Mela, in Hinduism,…

The king is dead long life democracy. Is it important to live in a Democracy?

IS IT IMPORTANT TO LIVE IN A DEMOCRACY?
Is it really important to live in a democracy? This has been a question that crosses most minds of the people concerned with defining international relations at one point in life. It once struck my mind of the possibility of living in a dictatorial government in this century!! The thought lingered in my mind which prompted me to dig deeper into democracy. Through several questionnaires and research I made locally majority of the people seem to be… Continue