Hey everyone, this is my official first blog post! I would like to preface by saying that I am an environmental studies student currently and this blog is based on my point of view. I am the lorax, you could say, I speak for the trees. I love trees, they give me air to breathe. However, I am not the typical environmentalist that chains herself to trees or protests against "the man." I am a believer in change from all angles, political, economical, and social. I believe in education, and… By RAMI KHOURI -- In the midst of experiencing history being made on a daily basis, as has been the case in many Arab countries during the past two years, it is important now and then to step back from the day-to-day developments and try to understand more clearly the motivations that drive ordinary people to do extraordinary things. Two developments during the past week…

Carnegie Council for Ethics in International Affairs is pleased to announce the addition of three new Global Ethics Fellows and a new Senior Fellow.

These Fellows are intellectual leaders…

A fight to the finish?

Civil wars are easy to predict. The result is easy to glean well before they come to an end. Whether it was the American Civil War where Jefferson Davis did not doubt that he would lose the war after Atlanta fell, or in the 2011 Libyan case where Muammar Gaddhafi was fighting a lost cause after the NATO intervened, this has been true in most instances.

Following that long line of examples, is Bashar Assad of Syria. A civil war that began with the Arab Spring, the Syrian case is not…

Setbacks to Global Vaccination of Poliovirus

In last month's edition of Lancet, an editorial was published commenting on the senseless killing of healthcare workers in the Middle East over their pro-vaccination stance for children receiving the Polio vaccine. The editorial is interesting in that it provides the reader with an idea of what global impact this can (and already has, and will continue to) have on public health, and gives one reason for the still existing polio epidemics in specific parts of the world. See the article…

How to promote peace - thoughts of a trainee

Who will rule this world in the end? Many proclaim that they are promoters of peace and democracy??? The facts disagree. Peace will rule only once freedom of the most vulnerable member of society is protected by the rich and powerful around them.

Who will then commit to this mammoth task? Is it not only those who are peace themselves already. Those in whom no fear or violance dwell? There is a teaching that teach that like properties unite to survive and transform into that…

When Saving the Earth Just Start from Our Stomach

As many people know, obesity is commonly related with many risks of diseases. It does harm not only our body as human being, but also a 'suspect' in earth crime trial. Have you ever thought that obesity may inhibit the green action? Do not judge this as a hoax until you found it at the end.

A Germany newspaper, Der Spiegel, revealed about a fire accident in a crematorium at the beginning… 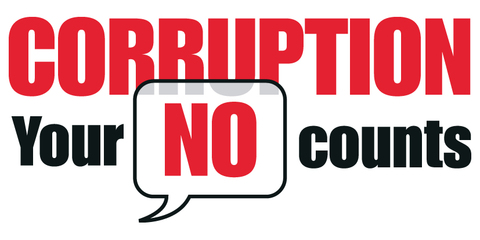 “Asia must embrace the principle of inclusive growth, brining more people into the circle of opportunity that growth and development provides”
Haruhiko Kuroda, President of the Asian Development Bank

“Without civil society and without the people, from the grassroots up, anti-corruption agencies will not be able to operate efficiently.”…