"It is more difficult to organize peace than to win  a war; but the fruits of victory will be lost if the peace is not well organized." Aristotle

Especially, Need to "Win the hearts and minds of the people." Cyberpeacefare of the people; a popular world-wide-bottom-up Individual citizen awakening of the power of their thoughts and digital devices. Once citizens of the world realize their personal cyber power,…

Kumbh : The Biggest Spectacle of Hindus on This Earth

The Kumbh Mela (the festival of the sacred pitcher) is anchored in Hindu mythology. It is the largest public gathering and collective act of faith, anywhere in the world. The Mela draws tens of millions of pilgrims over the course of approximately 48 days to bathe at the sacred confluence of the Ganga, the Yamuna, and the mystical Sarasvati. Primarily, this congregation includes Ascetics, Saints, Sadhus, Sadhvis, Kalpvasis, and Pilgrims from all walks of life.
Kumbh Mela, in Hinduism,…

Democracy For a Prosperous Nation

Four a.m. Seated in front of the computer. I am just from bed, where I had been tossing and turning for hours, looking for sleep that was seriously evading me like the plague. This is not the first time. I should honestly sit it down and have a mature conversation. We can’t go into the new year with this dispute still ongoing. Anyway, maybe I should thank sleep for playing so hard to get because now, here I am, writing. Here I am sharing what’s on my mind with you, hoping that you…

Development of human societies to bring growth and peace to all. 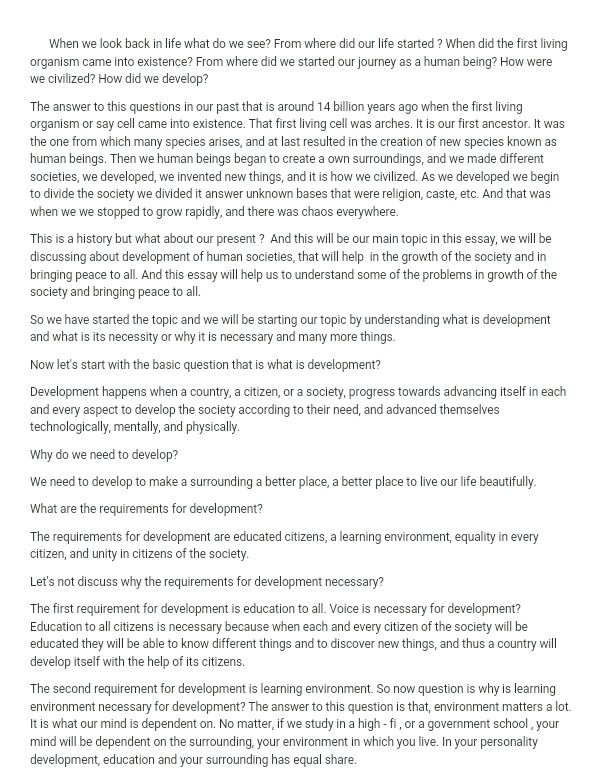